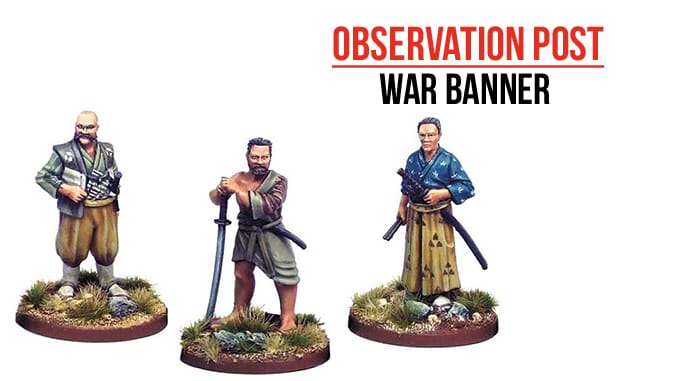 War Banner have released their first new and exclusive boxed set of miniatures for the Test of Honour samurai skirmish game, and it’s one that fans have been waiting to see for a while!

Those who love the classic movies of Akira Kurosawa may feel that they know these seven characters, re-produced in 28mm scale by an exceptional sculptor.

Even better, although these make an excellent collectibles in their own right, these are intended as gaming miniatures, so they come with the relevant cards to use the characters as gaming minis within the Test of Honour rules.

For their first release in their own Test Of Honour range, War Banner have aimed high and brought some extremely characterful miniatures to the tabletop. We’ve given you a sneak peek at these with some photos that are exclusive to us, but we hope to follow up on this when we have the miniatures in hand. Rest assured, there will no doubt be more to come!