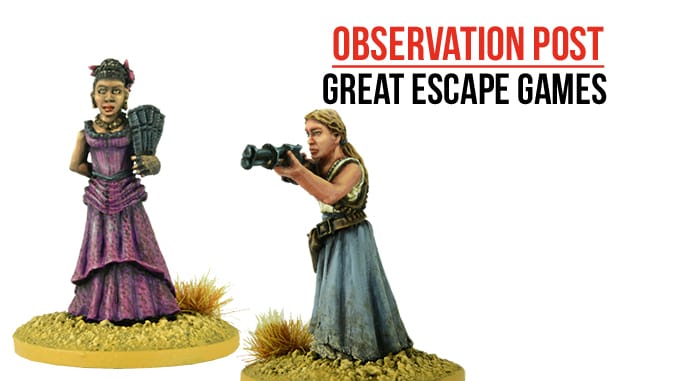 Great Escape Games continue to release miniatures to support their Dead Man’s Hand Wild West rules system. Taking their lead from the world of epic television, two of their latest releases are two ladies of the West, a world full of danger and intrigue. 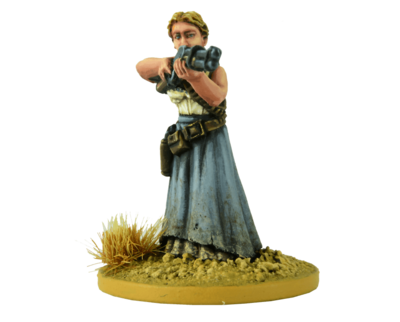 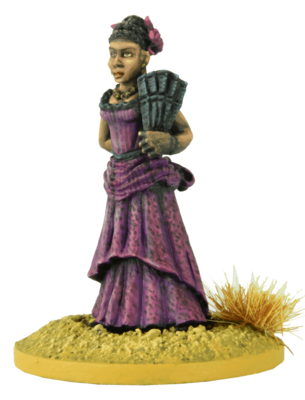 The first figure, entitled Delores Wood, is heavily armed, if a little scantily dressed. She is posed firing a Henry repeating rifle, albeit with an enlarged lever, and wears a gunbelt that may be a little too large for her waist and a revolver with a grip that may be hard to hold. She looks like a tough woman, willing to break free from her 19th Century ‘programming’ and take on all comers.

The second figure is entitled Maeve Newton. Elegantly dressed in saloon girl chic, she is the epitome of a demure lady of the West. However, whilst her delicate looking fan distracts, her right hand clutches a vicious looking small knife behind her back. This woman of the Western world won’t stand for anyone who tries to cross her.

These are just two of the extremely characterful miniatures available in the Dead Man’s Hand range. Largely based upon the worlds of popular culture, these figures are worth checking out by anyone for a hankering for Wild West action.