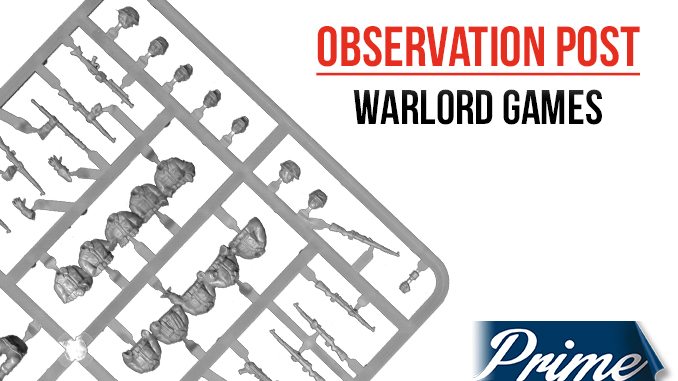 Warlord Games produce a whole host of plastic and resin model kits. Most people could focus on their excellent range of tank and AFVs but, if you’re going to game World War Two, you need transport vehicles as well. Most come with some sort of crew but what do you add to represent the troops being conveyed into battle?

PLEASE NOTE: THIS IS A ‘TEST SHOT’ AND NOT THE FINAL FRAME

Warlord have addressed this issue for gamers with a German force. They have produced a frame of passengers designed to sit in any open topped vehicle from their range. Whether it’s a Hanomag or an Opel Blitz, these plastic miniatures should fit.

Each frame consists of ten conjoined upper bodies and ten separate pairs of legs that can be glued together more or less as desired. Once that is done, gamers and modellers may choose from a set of seventeen heads and a selection of weapons that may be added. The heads are predominately depicted in ‘classic’ German helmets but there are also some in the Feldmutze field cap and the covered helmet. Weapons are pretty much based upon a standard selection for a Bolt Action squad, rifles, an SMG and a MG34 LMG.

The uniforms are fairly generic, so they could be used for troops throughout the war years with a suitable paintjob. With a little care, it could be possible to stick the assembled and painted miniatures to a piece of specially cut plasticard or similar, or leave the ‘rows’ as is. You could then place the figures into any vehicle to represent troops in transit, then remove them during the game to show that they have dismounted for tabletop action.

This is a useful set for those who use German troops. It is hoped that other forces will receive their own frames in the future. Whether intended as detailing for vehicles or in-game markers, these should have a wide appeal to any gamer who truly wishes to represent World War Two.