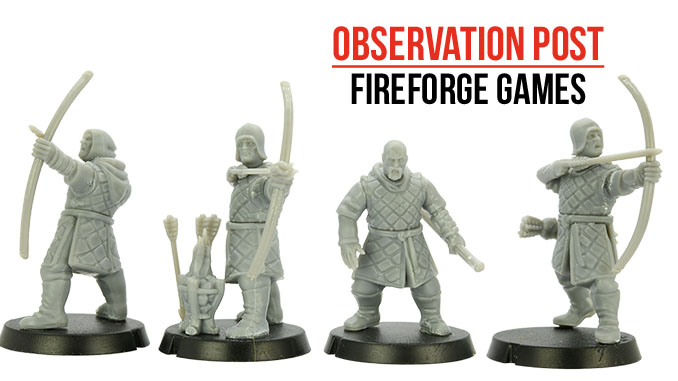 After their most recent Kickstarter, Fireforge Games are adding to their available ranges of plastic multi-pose figures with their Forgotten World fantasy range.

One of the main factions in the game is the Northern Kingdom. This is one of the strongest and largest nations of the New World, the fantasy setting for the upcoming game. Once a united country, led by an ancient dynasty, it is now divided between generals, lords and rich merchants, each of whom have been assembling their own armies to conquer the throne. It’s all part of the game, in the background to the rules and within the rules themselves.

(Coincidentally, the Northmen look very similar to the northern soldiers from the Games of Thrones TV series – the Starks – and would also work very well for any gamer working on a GoT project).

A Northmen army can count upon an excellent core of warriors, expert soldiers without fear of the enemy, with a good number of bowmen, who, with their arrow fire, cover the advance of their warrior brethren.

Each box allows the assembly of 12 figures. Pose options include the possibility to create up to 12 figures with an arrow in the right hand or up to 6 bowmen that have just released their arrow. In addition, 6 arrows can be assembled with flaming tips, and up to 4 models may have a hood covering the head. The Command frame has options to allow you to assemble one Leader, one Musician and one Standard Bearer.