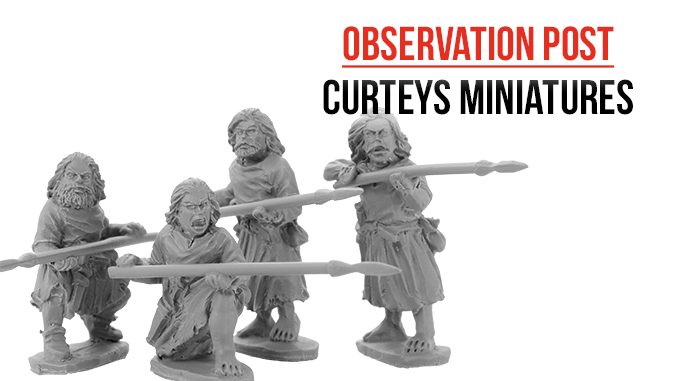 Curteys Miniatures / 1st Corps continue to release pack after pack of top quality miniatures. Two of their most recent offerings are Pict Warriors Defending with Spears 1 and more Medieval Friars.

There are four figures in the Pict Warrior pack, dressed in typical Pictish garb and suitably hirsute. These are men in combat, using their spears to fend off attackers. Consequently, the expressions on the faces of each of the warriors is suitably grim, and very nicely done.

The Medieval Friars pack (seemingly the second in the range) consist of four figures representing Friars working in the garden. Most of the figures carry baskets of produce, whilst a single figure wields a hoe. The level of detail here is rather good, and these figures could be used for a number of periods.

This is a company who can always be relied upon to continue to expand their current ranges, whilst adding more. The latest new range is for the English Civil War, which should be showcased at Salute 2018.