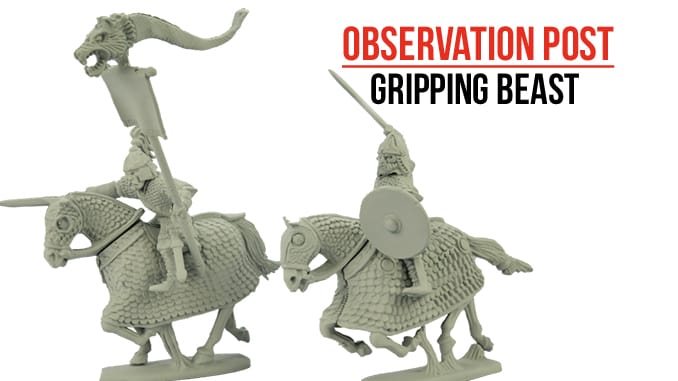 Building upon their range of plastic Goth and Roman multi-pose plastic cavalry for the Late Roman period, Gripping Beast will be releasing Ostrogoth Heavy cavalry. Each frame consists of three mail armoured horses and three riders, with the option to equip the riders with lances, swords of aces. There are 7 choices of helmed heads, plus three shields and the chance to model a command unit with banner or dragon’s head standard.

The release of these figures is intended to pave the way for the planned release of Roman Cataphracts.

GBP are also working on the release of a number of Norman Foot. Shown here is a test frame, with a number of changes already planned. This has come from a desire to increase and speed up the ranges of figures available from the company, thanks to a collaboration with CAD designers using the latest software.