28mm Not So Distant Future 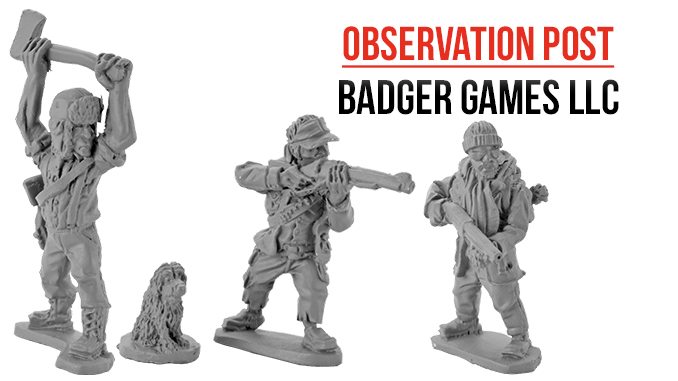 Badger Games LLC continue to bring yet more miniature ranges to their ever-growing inventory. One of the most recent is this range of Post Apocalyptic figures which take their influence from movies, television and popular culture. 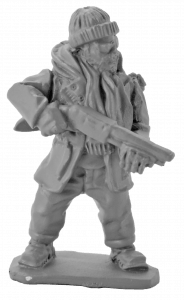 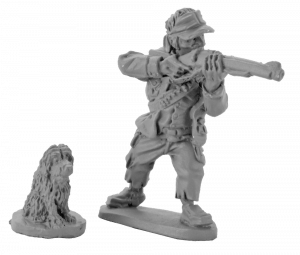 There are a whole host of different genres covered, ranging from the ambulatory undead to the infected, lone survivor personalities to entire groups and more.

Picking out a few examples of figures doesn’t entirely offer the diverse nature of the whole range complete justice. The Fanatics are robed, infected, afraid of the light and spending their time roaming the city once the sun has gone down, determined to remake the world in their image and do away with those who cling to the past. Coming right up to date, there are survivors with a decidedly hunter base, men at home in the woods and dressed in hunting clothing, with a touch of the redneck here and there, an ATV and the inevitable pick up to aid them. The antithesis of these hunters are the heavily armed Hipsters, complete with Segway, mopeds and bicycles. 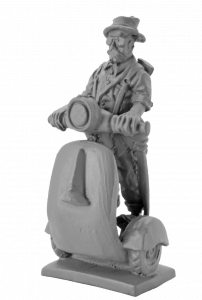 Or how about the killer clowns, armed and equipped to face the Apocalypse? Perhaps the cult of personality is more your thing, with such survivors as a young man and his dog, postal workers, a machete wielding Mexican or a medically qualified General unwilling to accept defeat. Of course, the evils of corporate greed may have started the whole thing off, so it may be that they send out their elite Ninja warriors to clean up the mess, facing foes as diverse as zombies from a number of backgrounds or bio-engineered monsters that were once ordinary creatures. 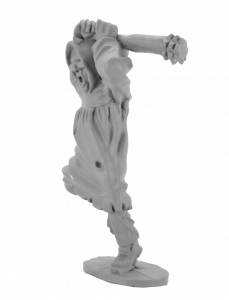 Although the overall sculpting style of these miniatures owes something to the cartoonish rather than the actual, this is a fantastically varied range. The overall ‘look’ of each pack suits the subject matter and there are some really inventive concepts. A nice feature of many of the figures are the head and weapon options, allowing you to customize within the same part of the range and create many variants. As a concept, this is an excellent range, one well worth a closer look and one which caters for the gamer looking for some real variety in terms of character, with both obvious tropes and radically different approaches in equal measure. As a fan of PA gaming, I appreciate the effort that has gone into creating a cast of hundreds that is reminiscent of certain heroes and villains, whilst also allowing me to bring something a little different to the tabletop. I for one look forward to seeing more in a similar ilk.