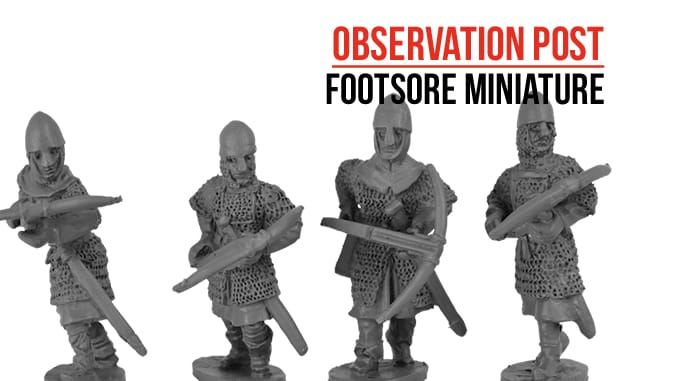 Footsore Miniature have released new sculpts suitable for use with any Warband or large scale rules systems. The new Norman Armoured Crossbowmen are up to the usual excellent sculpting style of all their other figures.

The crossbow was growing in popularity in Europe if not in England, it was more complicated to make than the bow but less training was required to become proficient.

These warriors are depicted with an early crossbow, nowhere near as powerful as the models of latter centuries but still deadly enough for the church to want to ban them as ungodly.

These figures come with separate crossbows and are helmed in the style of other Norman warriors, complete with chainmail armour and hoods. The pack contains four different armoured figures and four crossbows.