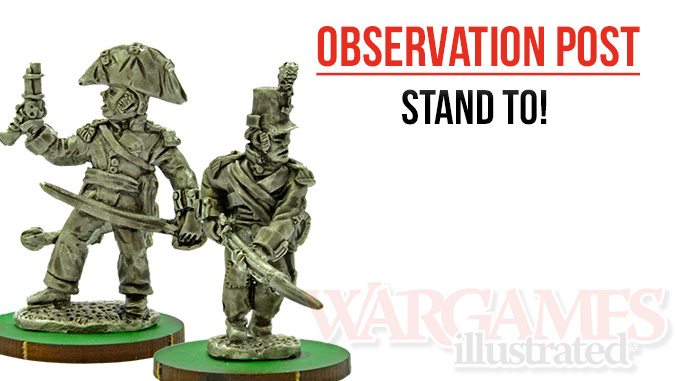 Stand To! Games already publish two game systems, the large scale combat Over The Hills and the skirmish rules entitled Forager. To complement the latter, they are offering a number of miniatures to use as characters with the rules.

Provided for review are a pack of four British Riflemen and four French Voltigeurs, plus a command set for each side consisting of an officer and NCO.

All the miniatures are full of character and are in a number of active poses. This reflects the fact that each figure in the Forager rules is a distinct individual, working within the confines of their ‘squad’. A particularly nice touch is the ‘on campaign’ appearance of the uniforms depicted, with patches, ragged trousers and slight variations in equipment.

These miniatures will be available as part of a Kickstarter campaign coming later this year. Backers of that Kickstarter will also receive an exclusive figure, as shown here, entitled ‘Teresa Moreno’.

As stated above, these figures are well sculpted and are in a variety of ‘realistic’ poses. There are more packs planned as part of the Kickstarter and beyond, providing a complete range of Napoleonic era characters. Keep an eye on the Stand To Games! Facebook page or their website for more information.