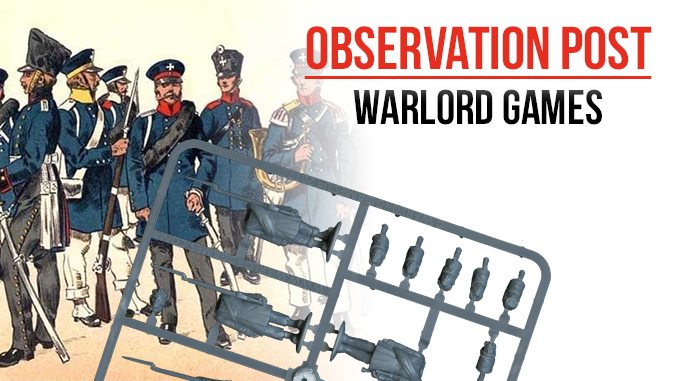 Warlord Games continue to expand their Black Powder range with these plastic miniatures for the Napoleonic era. This time around, they have produced Prussian Landwehr, the ‘citizen militia’ that could be called upon to bolster the ranks of the main army or form a second line of units for defence of the nation.

There are six figures on the sprue, all in the same pose but with a slightly varied equipment load. Sword bayonets, axes, canteens and blanket rolls all feature. There are also thirteen heads on the sprue, six in Landwehr caps, six in shakos and one with a bandage over his eye. These are really characterful heads, some with beards, others much younger, possibly in their late teens. This reflects the composition of the Landwehr itself, with the aim being to conscript civilian men aged between 18 and 45.

The level of detail on these plastics is quite clearly defined, with creases in their uniforms and other touches that would benefit from a ‘base colour and wash’ approach. However, these are figures intended to be fielded in massed ranks, so although one can show variety in the head choice, the similarity of pose would stand out in small units.

Despite the basic uniformity of the basic pose, there is still some character on show, most notably in the head options available and the equipment. In terms of value for money, these are a good choice for those looking to ‘bulk out’ existing units or in need of a large number of miniatures.