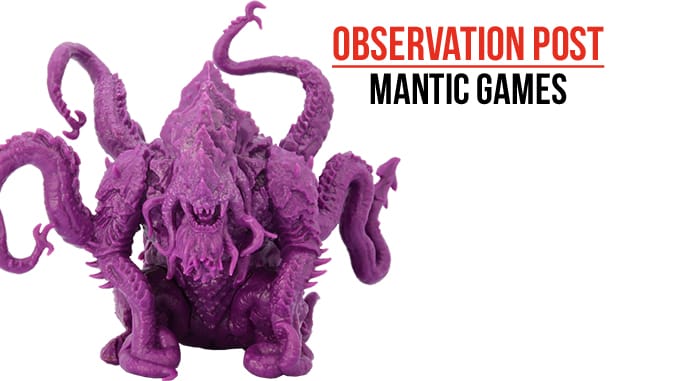 Mantic Games have released a new faction for their Deadzone sci-fi skirmish game. The Nameless are a truly alien race, from a part of space mankind knows little about.

The Nameless Bathomite is a large, resin cast figure armed with a choice of three weapons and with huge, lobster-like claws. This is a vicious looking ‘space crustacean’ which just about fits upon the 60mm base that comes with it.

The second figure dwarfs the first. Originally part of the Star Saga: The Terror in the Deep expansion pack, this is hefty plastic miniature of a Nameless Goliath, one of the largest miniatures in the range and billed as a ‘Boss’ character miniature. This creature is part chitinous exoskeleton and part rubbery flesh, with nasty looking tentacles tipped with barbs and the sort of maw that nightmares are made of.

Although intended to represent members of an alien collective in the Deadzone universe, these creatures would not look out of place in other sci-fi universes. Equally, they would work well in a fantasy dungeon quest environment or as the extra-dimensional entities from a Cthulhu inspired Pulp game. As ‘castings’, they are excellent quality sculpts and products, which make for evocative creatures for tabletop use and probably a few nightmares to boot!