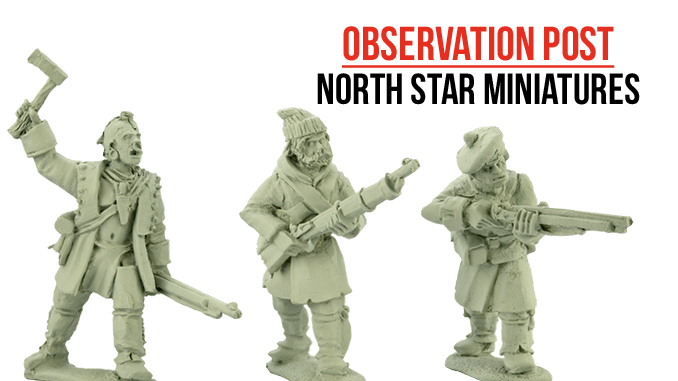 North Star Miniatures are supporting the release of the second edition of the Muskets & Tomahawks rulebook by releasing new miniatures for the French Indian War, one of the options outlined in the first supplement, Redcoats & Tomahawks.

The new figures include packs for the main forces described, including Canadians, Highlanders, Native Americans and officers as shown here.

These figures are all musket-armed, with some wearing cold weather gear. The best thing that North Star do is to provide discount deals on already sculpted figures, the so-called ‘Nickstarter’, as a pre-order deal. However, they have committed to providing more figures to enhance an already fairly comprehensive range, and can be relied upon to create a consistently high quality.

For more information, visit www.northstarfigures.com and search for projects!