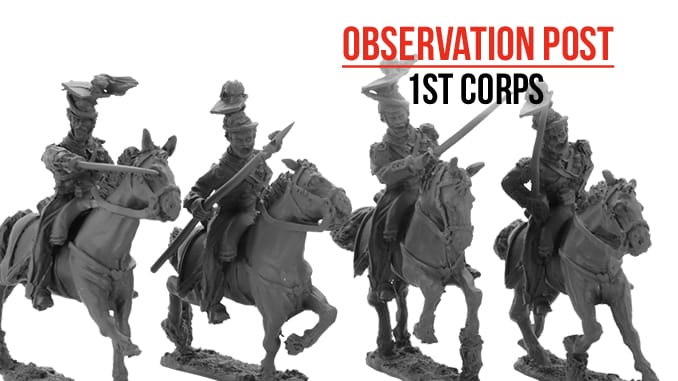 There are two packs of figures in the range so far, both containing 4 rider figures and horses. The Jalisco Lancers pack, labelled MEX42, comes with four separate arms with lances held in their hands. The lance arms can be posed couched or ready for action, and the horses are depicted at the charge.

MEX43 is Jalisco Lancers Command, again consisting of 4 figures including horses. The right arms are separate, with one holding a trumpet, one a standard and two officers’ arms with either a pistol or a sword.

To help with finishing the figures, 1st Corps have partnered with Battle Flag to produce the relevant flags and pennants.

This range is fairly comprehensive and covers pretty much all the relevant combatants for what is an interesting, if somewhat unknown, war. As always, 1st Corps strive to cover the aspects that other ranges don’t, making them a great company whose website or show stand is well worth a visit.