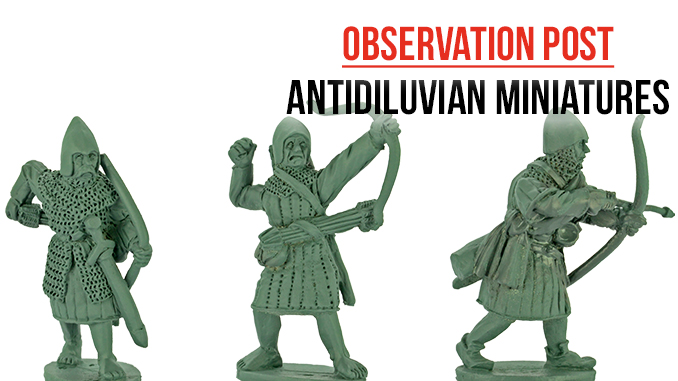 Antidiluvian Miniatures is well known for their Fantasy and Lost World ranges. Yet they have begun to add a number of Historical miniatures as a part of a range of Medieval Scots and Irish.

These figures were originally sculpted to form part of the Claymore Castings range but have now returned to their sculptor.

Each pack of miniatures comprises of four figures. The range consists of command, spearmen, axemen and archers. The generic ‘Scots’ wear armour and helms in various styles. 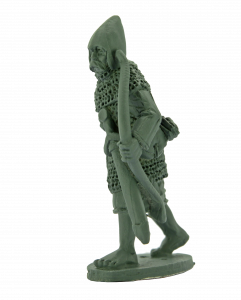 A selection of Scots/Isles-men Spearmen

There are also Islemen or Irish Gallowglass, plus Irish Kerns, and the rogues or scoundrels known as ‘ribaulds’.

The axemen wield long-handled axes in the Dane axe style, and the bowmen carry curved bows. The spearmen are supplied without spears but are cast open-handed in a number of poses. 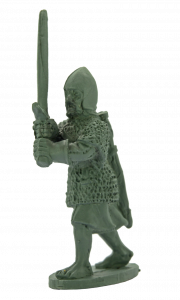 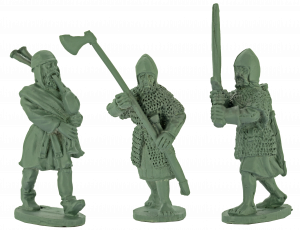 A selection of Scots/Isles-men Command

The command packs contain the better-dressed and armoured figures, many carrying traditional Scottish weapons such as the claymore or using a hunting horn or bagpipes.

The level of detail on the figures is of a high standard, with expressive faces and well-rendered clothing.

These are excellent miniatures which would fit well with many other ranges. There is the promise of more in a similar vein, providing further options for those looking to create an authentic looking force for the period.

Below: A section of painted figures from the range. 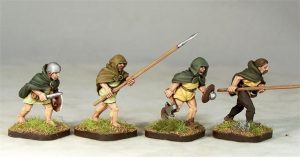 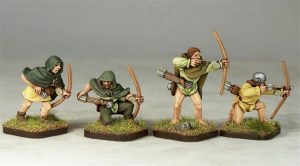 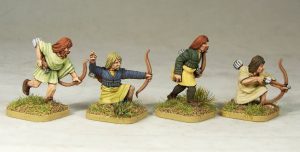 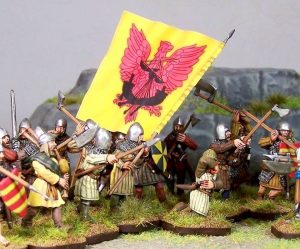 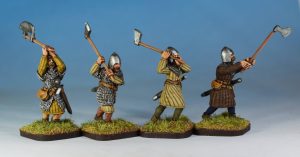