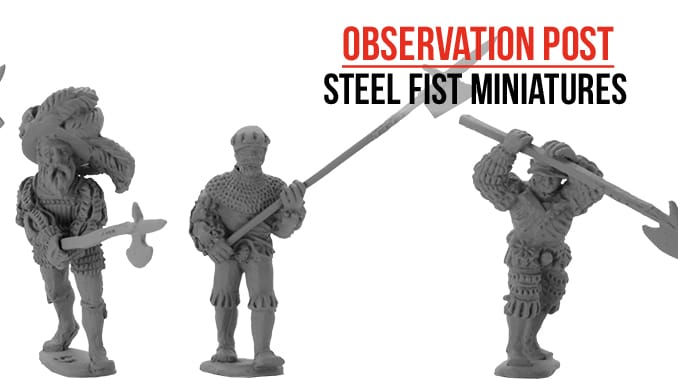 Steel Fist Miniatures produce some excellent Landsknechts. These come with separate heads and suitable poses to add variety to units.

These figures cover a period of the Italian Wars from 1510 up until 1538. During this period, Landsknechts, the quintessential mercenary warriors, formed the professional core of the many armies fighting for control of the Italian states.The pack chosen for review represents a number of front rank figures, armoured and unarmoured. They are sculpted as open handed, allowing for the addition of either pikes or, as shown here, halberds.

All the figure sculpts in the range are based upon contemporary images, and research into the weapons and armour that has still survived. The range is set to grow and grow, using the same sculpting style. They may also be used with miniatures from similar ranges, the separate heads and weapons allowing for added variety.

These are excellently sculpted miniatures from a company who has taken the time to get it ‘right’. They also produce Samurai and Late medieval figures to a similar standard, making this a small company that is worth checking out.