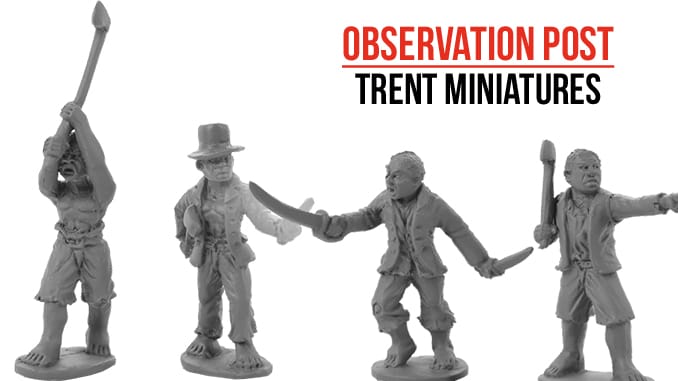 Trent Miniatures have added another new pack of 28mm figures to their Later French Revolutionary Wars in the Caribbean. The latest pack represents four ‘revolting’ slaves fighting for their freedom.

The set contains four figures, attired in the dress typical of the period. They are armed with various weapons, from cutlass to axes and knives. The pack also comes with other arm and weapon options which may be added.

The sculpting style on the figures is full of character, and the poses are suitably dramatic. Given the fairly generic nature of the weaponry and clothing, they could well fit into other periods, from the late 18th to the latter part of the 19th Century.

These are well sculpted miniatures, as are all of the offerings from Trent Miniatures in this range and the others. In addition, Trent is pretty much the only 28mm manufacturer who produces figures for this fascinating but largely forgotten corner of the early revolutionary wars.

Trent Miniatures are available from North Star and Arcane Scenery.