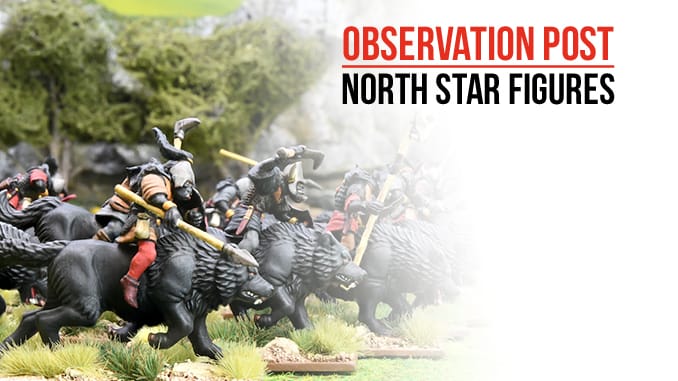 As we get ever nearer to the release of Osprey Games’ much anticipated Oathmark: Battles of the Lost Age fantasy rules, North Star continue to release ‘classic’ fantasy figures. One of the upcoming releases for February of this year is a set of plastic Goblin Wolf Riders, complete with separate character models in metal.

If you take a look at each 5 Goblin ‘rank’ in the photographs, you can see the possible weapon options. The figures may be armed with spears, hand weapon and shield or deployed as mounted archers You can also combine the three weapon options to create a more ‘ragtag’ look.

If you REALLY want to prove you’re a true Goblin Warlord, why not pick up OATH53 – Bolga,  Goblin Champion on Uber-Wolf

This is a very limited edition model of the Goblin champion Bolga riding an Uber-Wolf which is made from resin and supplied unpainted. Only 40 of these models are being made available though, so if you want one, order now!