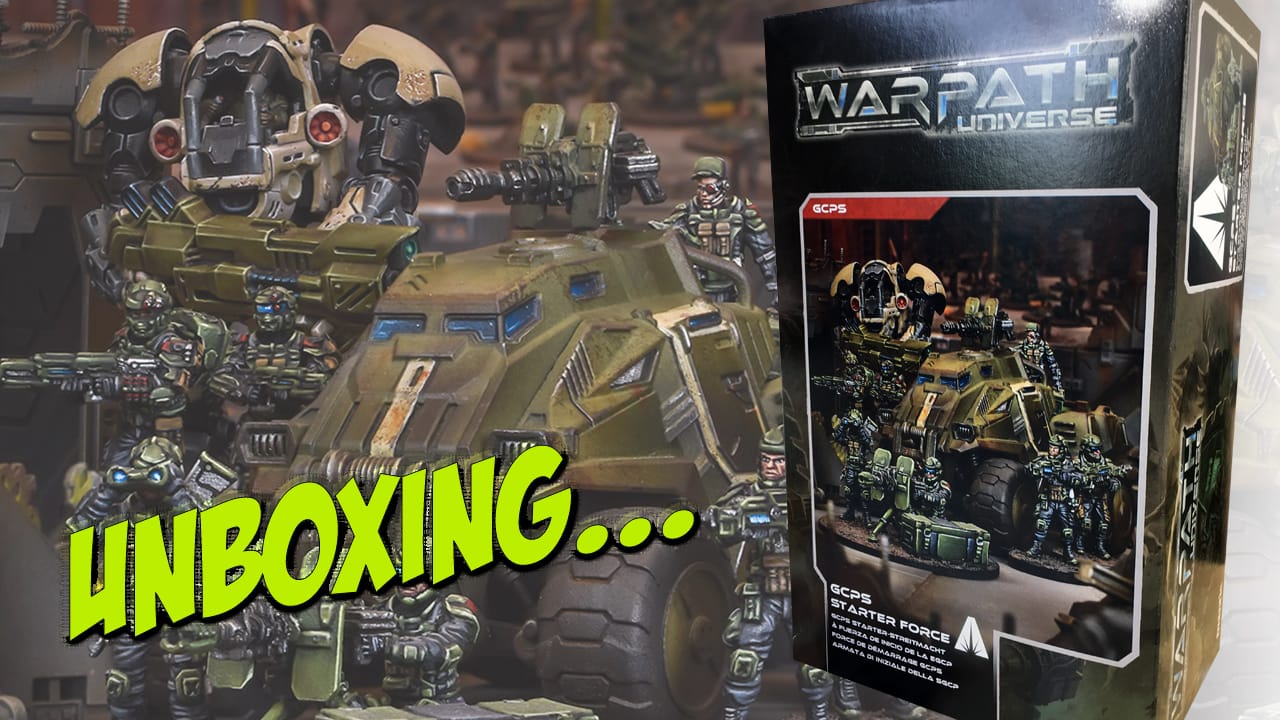 Mantic Games’ Warpath sci-fi game universe consists of many different factions, all vying for supremacy. The Galactic Co-Prosperity Sphere is a largely human, expansionist empire that continues to spread across the galaxy. This starter box of 33 miniatures is designed to act as an entry point for those coming to the game or for current gamers looking to use a new faction.

This set contains everything you need to get started with the GCPS in Warpath. The box is packed full of plastic frames and metal and plastic parts for vehicles and support weapons, all carefully packed in clear bags.

First, there are enough frames to assemble 30 Hard Plastic GCPS Marines/Rangers, which have weapon options such as laser rifles, heavy laser rifles, flamers, grenade launchers and pistols. There are also Sergeant and Comms Trooper options that may be created. The weapons, armour and uniforms are a cross between sci-fi and Near Future, making these figures useful for both gaming genres.

To add even more support, there is 1 plastic Strider model kit, the main piloted combat walker of the GCPS. This comes with all the plastic parts to create a Strider with either the Polaris Cannon, Assault Flamer or Chainsaw weapon options. Again, this isn’t so ‘sci-fi’ that it couldn’t be used in a Near Future setting. The Strider also has the choice of being built with both an open or closed canopy and optional extra armour.

If you need transport options, there is 1 hard plastic Mule Transport, a basic wheeled ground vehicle that looks a little like a future version of vehicles currently in use. It may be armed with either an Autocannon or a Laser Cannon and adds some rapid support on the battlefield.

Last but no means least is a metal GCPS Major-General, a figure with separate arms who carries a sword and pistol. He would obviously act as the overall commander of the starter force and looks like a tough feller whom few would disagree with.

At the very bottom of the box are enough plastic and MDF 60mm and 25mm round bases to base up every miniature with legs, allowing the Mule to stand on its four plastic wheels. Overall, this is a box from which a useful, balanced force may be constructed, a core of an army that forms the foundation of a much larger collection. A great product from Mantic and useful for other games as well.