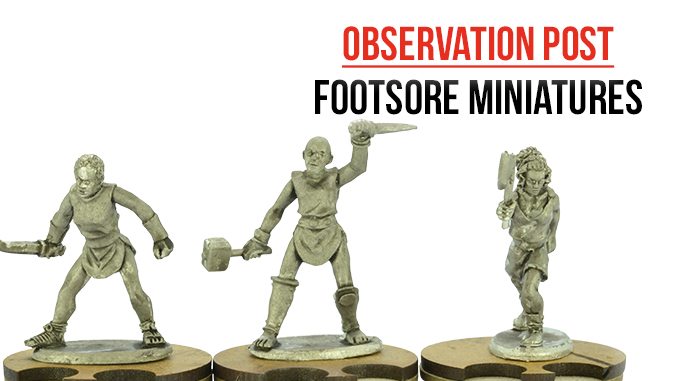 To support the Gangs of Rome miniatures game from company off-shoot War Banner Games, Footsore Miniatures have come up with some extremely characterful and interesting miniatures.

Each of the initial release of ‘basic’ Fighter figure packs contains one of ten basic bodies, a set of heads and a set of weaponry. By choosing different head and weapon combinations, it is possible to create a different Fighter combination. However, to add to the individuality of the miniature, each pack also contains a Gang Card. This records the Rules Statistics for that Fighter, plus his or her Worth (points value), Origin and backstory, Fighter’s Gift and the Roman God they follow. So far, so modern-style skirmish game, you may think. What sets these rules apart is the fact that no two Gang Cards are precisely the same – thanks largely to the use of a computer program which randomizes the ten possible results, there are approximately 10,000+ different results. This means that, even if you manage to create your basic Fighter miniature with exactly the same head and weapon choices as your opponent, there is no chance of you facing a Fighter with exactly the same stat line. 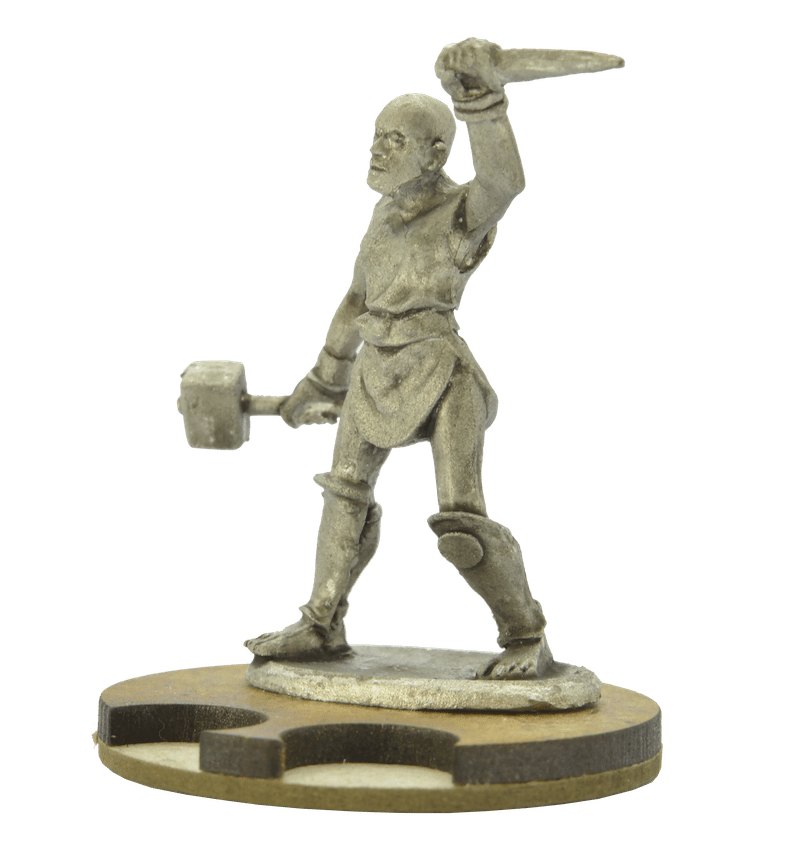 In addition to the Basic Fighters, there are named Characters available for use in the game, the type of specialist Fighters or individuals that are more archetypal than unique. Some of these include the Agente, Dominus, Gladiator and Barca but there are many more planned. Also available in the range are The Mob, a number of bases made up of non-Gang miniatures. The Mob represents the ordinary people of Rome. The Mob is either verbally abusive, suffers an Accident and goes into Panic or offers a “Roman Welcome’, whereby The Mob attacks the Fighter, whom takes a Wound without any ability to avoid it. 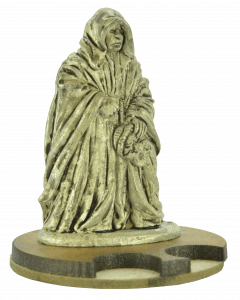 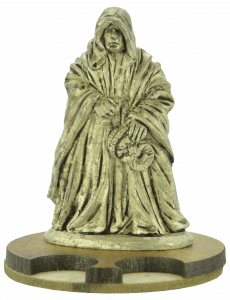 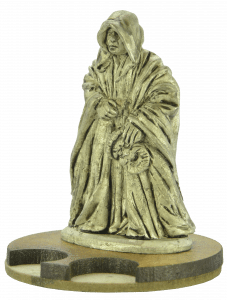 Each figure pack comes with game related extras. In addition to the specialized base, used to record wounds and the ID number of the miniature, there are also Denarii, a set of laser cut MDF coins that come with the model which are of three types: Common, Uncommon and Rare. These are used to increase the available weapons and items which can be used to enhance the Fighter’s skills when in play.

These are great miniatures created by top end sculptors. The fact that you can customize each of the Fighter miniatures makes them even more appealing. A nice touch within the range are the civilian Mob and named character figures, which are useful for gamers of the period. In terms of an initial release to support a particular set of rules, these are some of the most interesting and innovative figures we’ve seen for a while.