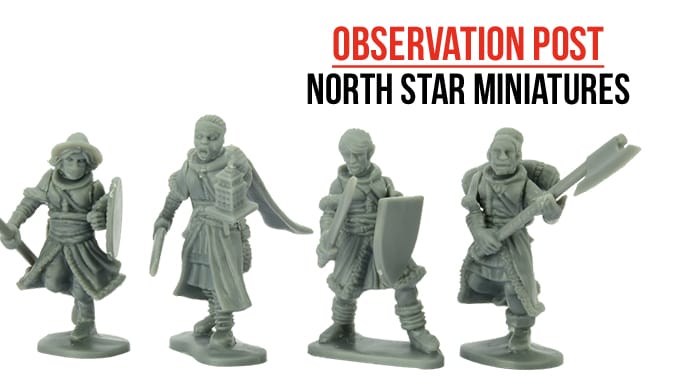 North Star continue to add to their range of plastic figures intended for use with the popular Frostgrave rules system. The most recent release is Frostgrave Soldiers II: featuring 20 female warriors.

The figures are multipart plastics, allowing gamers to mix and match weapons, poses and heads to create their own warriors. There are four frames in the box, enabling you to build 20 different female soldiers. In total, the box set contains 100 weapon/ arm variants, 40 heads and over 30 pieces of equipment.

Without wishing to labour the point, these are recognizably female figures but ones that have a complete lack of the puerile objectification once prevalent in the fantasy genre. These warriors are bundled against the cold, sensibly attired in order to go adventuring and armed with everything from spears and crossbows to double handed axes and wicked looking shortswords. They subvert a genre and create a new one of their own.

The quality of the sculpts and overall look of the assembled figures continues the same high standard of previous releases. Compatible with all the plastic figures released so far by North Star, the options become almost endless. The boxed set will form part of an upcoming ‘Nickstarter’ pre-order deal, as will a number of metal female miniatures and more, all based upon the release of the new Frostgrave: Maze of Malcor campaign supplement.

Some of the upcoming metal female miniatures