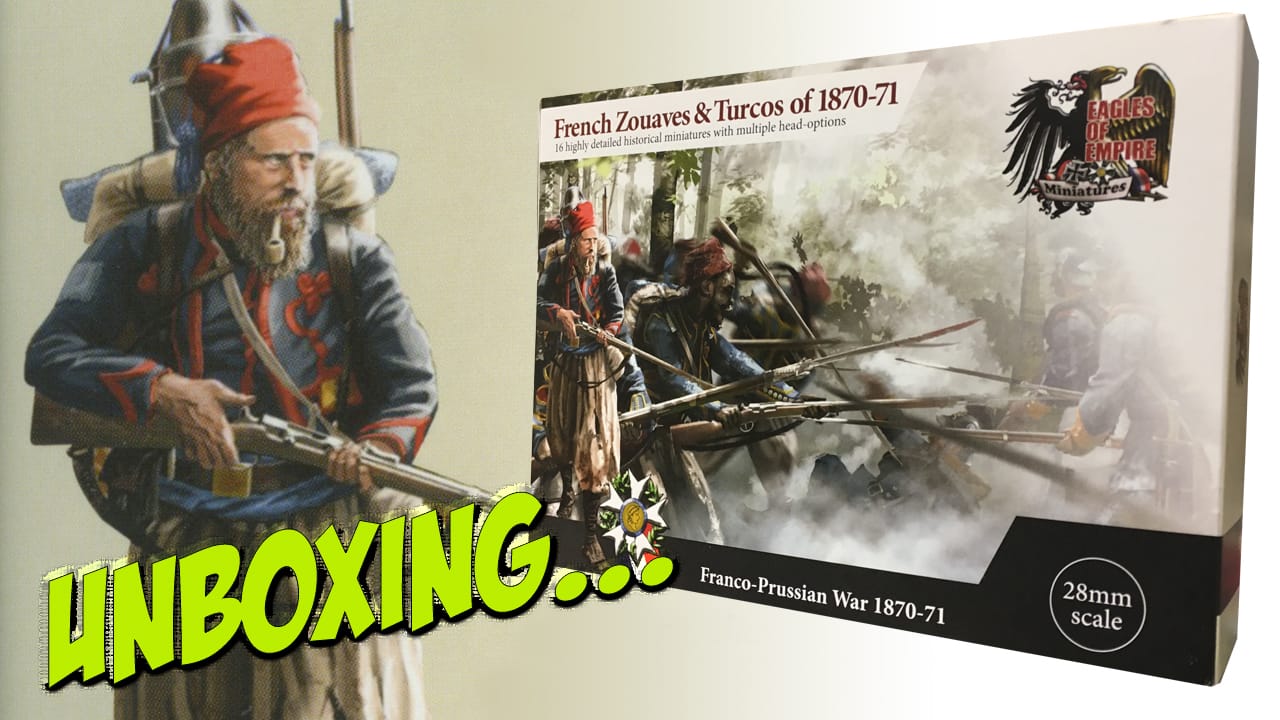 Eagles of Empire Miniatures are continuing to release more 28mm figures for their core period, the Franco-Prussian War 1870 – 71.

These excellently sculpted figures are available in boxes of 16 metal miniatures, allowing the gamer to build units up very quickly. The box we’ve chosen to review is full of French Zouaves & Turcos. Each figure is an individual, there are no exact duplicates in pose or equipment. This is already a plus point for many people.

Each figure carries full pack and equipment, with an officer figure urging on his men. The majority of the figures are cast without heads, with separate heads included. Each box comes with enough head options for either regular French Zouaves, or you can choose to use them as the ferocious and feared Turcos, wearing fezzes. Also included is a pole suitable for a flag.

The set also contains two unit cards for use with the Eagles of Empire Infantry skirmish rules, available as a 40 page full colour PDF via the company’s website.

These are very well animated figures, posed advancing, charging and firing. Other boxed sets in the range are available, including Prussian infantry, Jaegars and more.

The attention to detail and quality of these figures makes these appealing to any 28mm gamer with an interest in this period. The variety of miniatures and options allow for the creation of a varied force for either side.