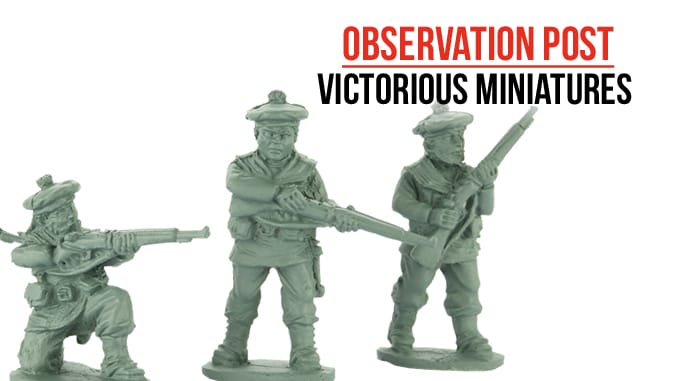 Victorious Miniatures have added two more packs to their Boxer Rebellion range. These are members of the Legation, more of the hodge podge of various troop types who were available to defend the European quarter.

The first pack (bottom photo) ion contains a single figure, representing a French naval officer. Wearing the standard uniform and peaked cap of the period, this figure sports a pencil moustache and is ready with a revolver.

The second pack consists of four French sailors, dressed in the distinctive uniform and sailor’s cap with pompom. The poses vary between kneeling firing to loading and at the ready.

These are pleasingly ‘solid’ figures, the raised details being eminently suitable for the use of paint washes.

Victorious Miniatures are becoming increasingly well-known for their expanding Boxer Rebellion range, with troops and civilians for both sides.

Editor’s Exploits episode 10 – Behind the Awards