Bear’s Head Miniatures has an eclectic but ever increasing series of unique miniatures in metal and resin. We’re highlighting three of them, from their Animals and Mythical Creatures and Undead ranges.

The first figure is a resin cast Grizzly Bear. The pose on this animal is aggressive, with wide open, roaring mouth and a stance that shows it is ready to defend itself. The texture of the bear’s fur is nicely done, and the general anatomy is pretty much spot on.

The second figure is one of the 4 Fairy Cavalry figures that comprises part of the Mythical Creatures range. Here we have a winged fairy riding upon an armoured squirrel. The fairy holds a lance in its right hand, and the squirrel is posed ready to spring into action. 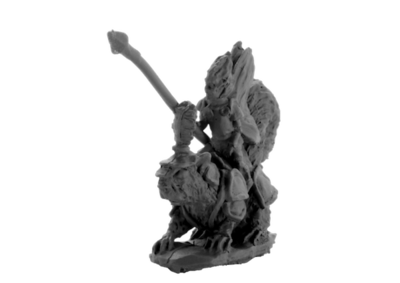 Finally, we have a Necromancer from the Undead range, a robed figure with a demonic face, his robe adorned with skulls and bones. Skeletal fingers clasp a wooden staff that is topped with a bag of skulls and surmounted by a large spider. This looks like a particularly evil character, with nefarious plans for the world around them. 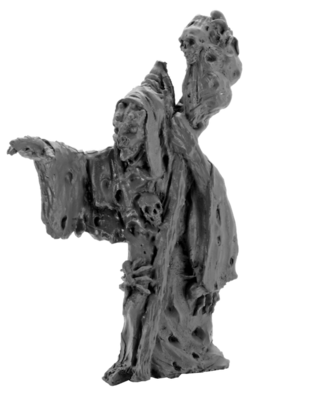 These are characterful, well-sculpted miniatures. These are just three examples from a whole variety, and includes a number of 20th Century personalities alongside the more fantastical.