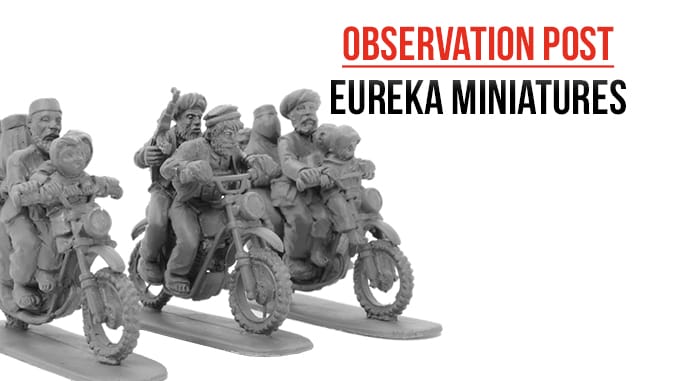 Eureka Miniatures made their annual trip to Salute this year and very kindly dropped off some of their most recent releases. As always, with such a myriad of ranges, the selection offered is eclectic but always of a consistently high standard.

The most eclectic additions are probably my favourite, the Fishmen. Available in packs of 7 figures, we have Fishmen with Rifles and Fishmen with Harpoons. These are hybrid humans, perhaps the denizens of a seaside town in America, whom have turned to the worship of strange, extra-dimensional Gods. I have two particular favourites, one in each pack, neither of which is armed. In the Rifles set is a female figure, dressed up to the nines but perhaps with a face only a fellow fishman could love. The Harpoons pack has a figure carrying a naked female, perhaps a kidnapped swimmer being taken as an offering. Excellent figures and an unusual subject. 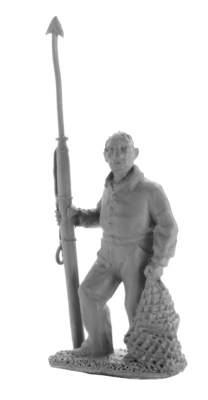 Speaking of the unusual, Eureka has also added to their modern range with three Afghan motorcycles. One of these is the more ‘military’ of the three, consisting of a rider hunched over the handlebars and a passenger holding an AK47 aloft. They could be a recon unit for the Mujahidin of the 1980’s or the Taliban of more recent times. The other two motorbikes are more civilian based, and represent two Afghan families out for a ride – and when I say families, I mean all of them! One has six figures riding upon it, whereas the other family consists of only five figures. Parents and children of different ages help to create an image of a health and safety nightmare. 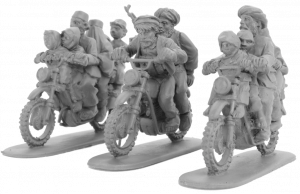 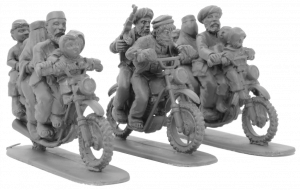 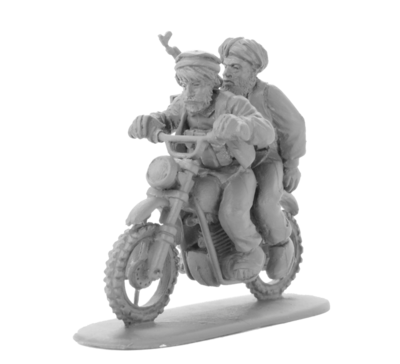 The next figures help to compliment the Maximillian 1934 range. First of all, we have two male and one female in ‘driving togs’. Two wield Lewis guns in firing position, whilst the third is running with a Lewis gun over their shoulder, perhaps escaping a burning vehicle. The last looks like a ‘plucky young gal’ in stylish dress with a brace of flintlock pistols, one each resting on her shoulders. 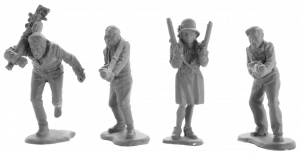 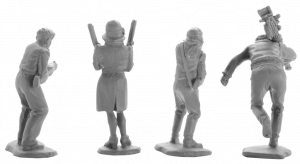 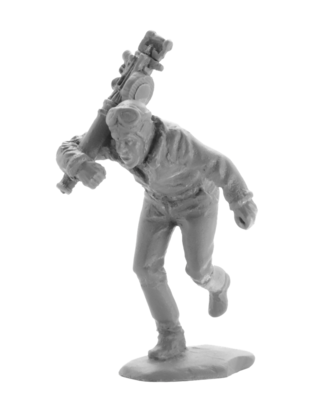 The final two figures are taken from two packs we’ve previously featured in our pre-Salute 2018 coverage, a Bronze Age Greek and a Papua New Guinea Rifleman. We thought we’d include them for those that may want to see the unpainted versions. 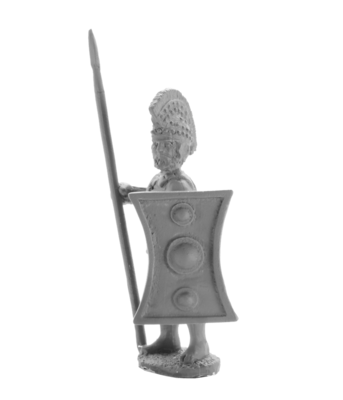 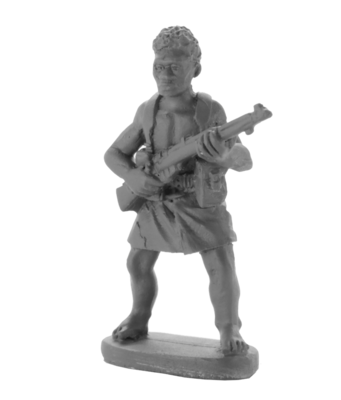