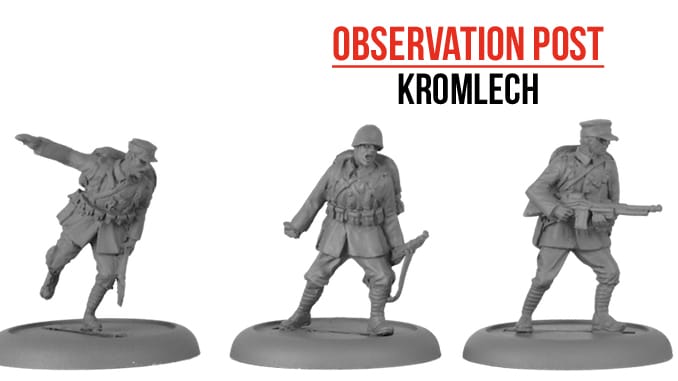 Kromlech.eu, the well-known Polish purveyors of grim dark science fiction miniatures, has added a new aspect to their company with Kromlech Historical.

The infantry packs received for review all consist of five miniatures, all wearing the wz. 1936 uniform and equipment. Every aspect of the miniatures appears accurately depicted and the poses are fairly varied. They appear slighter than those made by certain companies, perhaps most closely matching the ‘real 28’ style of Perry Miniatures.

These figures are a worthy addition to the Early World War Two miniatures available to gamers looking for accuracy and a more completest approach. Rather than ‘dipping their toes in the water’, Kromlech have aimed to bring infantry, cavalry, artillery, support weapons and armour out all at them same time. No doubt they will add more products to the range in the future, and perhaps come up with a wider range of World War Two offerings in the future.