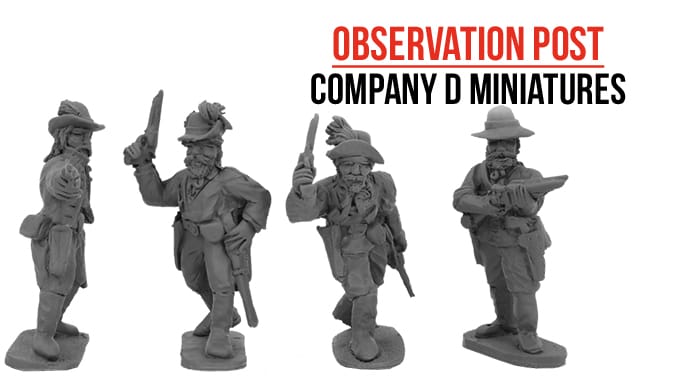 Phil Murphy has been sculpting all types of miniatures for many years. However, his main focus for a while has been the American Civil War, most notably the Trans Mississippi Theatre, which seems to lack many dedicated ranges. 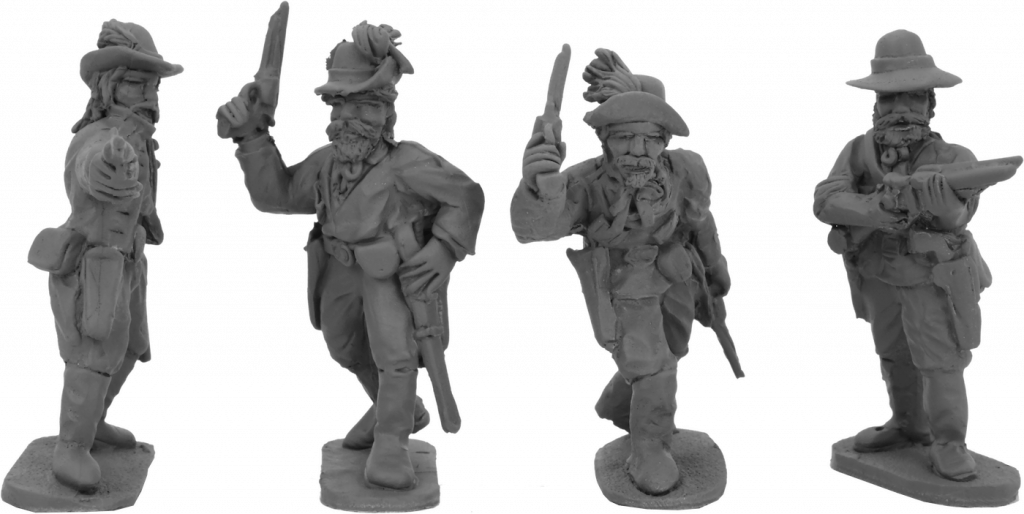 There are a number of packs in this range, all carefully sculpted to reflect the unique nature and ‘look’ of the forces in this under represented part of the ACW. 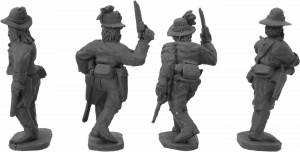 The Confederate forces are largely represented by mounted and dismounted guerillas, in either civilian clothing or a mixture of military and civilian. They are armed with a mixture of weapons, from pistols to shotguns. Also present are Confederate bushwhackers and snipers on foot, a really nice set of 10 figures that could make a number of vignettes. A unique aspect of the range is the provision of mounted and dismounted Cherokee Mounted Rifles, which remembers those Native American warriors who chose to fight on behalf of the Confederacy. Mounted packs consist of 8 riders with suitable horses, whereas the dismounted sets have 10 figures on foot. 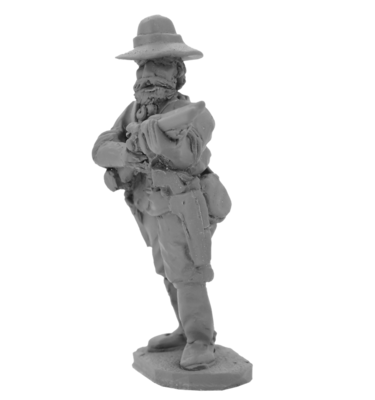 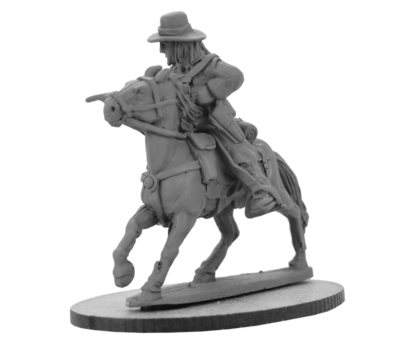 The Union or Federal forces have a more traditional look, being largely uniformed and equipped like their fellows in the East. There are differences, to reflect the areas of battle and different conditions of the battles in Texas and elsewhere, such as more use of wide brimmed hats than kepis and forage caps. Both Federal Regulars and State Militia are represented amongst the packs of foot and mounted figures. The mounted figures include Missouri Militia Cavalry and the feared and reviled Kansas Redleg raiders, with dismounted versions also available. The infantry packs consist of 10 figures or 8 figures if a command set. The mounted packs have 8 figures with horses, whilst the dismounted ones have 10.

Company D continue to add to this ACW range, which is already one of the most useful on the market for creating some of the unique forces and ‘look’ of the Trans Mississippi Theater armies. In addition to this range, Phil also has 28mm ranges for the Viking Age, generic Hundred Years War Medieval and a growing range of miniature for the 1866 War. He also offers a sculpting service for other companies, with almost any subject being undertaken in either 15 or 28mm size. Company D ‘s website is well worth a look and the prices are so much less likely to break the bank than other manufacturers.