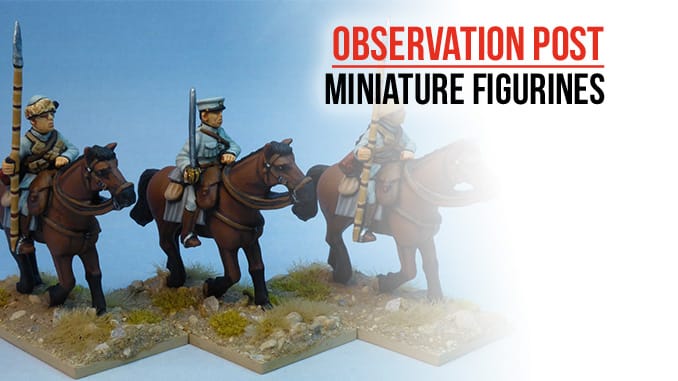 Miniature Figurines Productions have added new metal miniatures to their 28mm ‘Setting The East Ablaze’ range. The new Chinese Cavalry figures covers the period from World War One up until the 1930s. 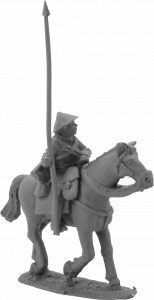 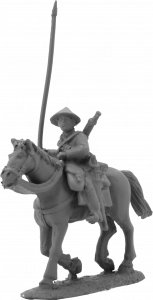 At the time of writing, there are three figures in this part of the range. These consist of three rider figures with moulded saddles and equipment and the same horse in each pack. Two of the riders wield lancers, which are provided, but carry a slung magazine fed rifle and a sword. One figure wears a fur cap, the other a conical hat to ward off the sun. The final figure is an officer type in peaked cap, an unsheathed sword in his right hand. 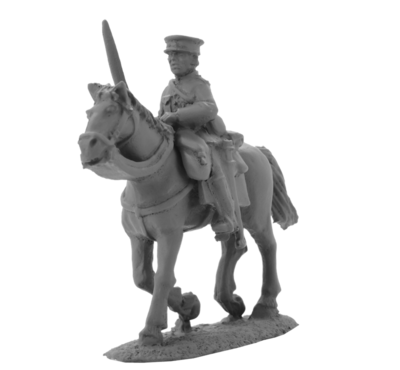 The uniform and equipment on the figures is suitably generic enough for them to function as Warlord, Revolutionary or Chinese Government troops, as desired. They can fight one another, or be used to engage the Japanese during the invasion of Manchuria. The painted lancer figures have had their lancers painted as if they are made from bamboo, apparently quite common during the period covered. 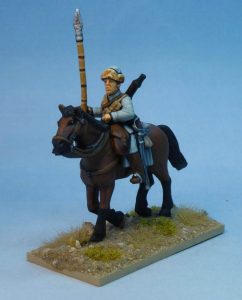 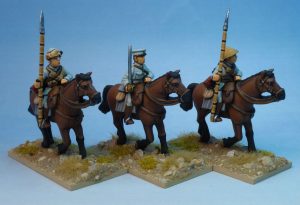 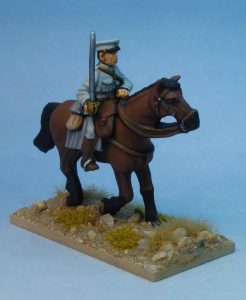 These are simply three examples from an ever-increasing range of 28mm figures made available for the popular Setting The East Ablaze / Back of Beyond background. Infantry, cavalry and artillery can be bought from the same place, allowing for the rapid creation of forces for this fascinating period.