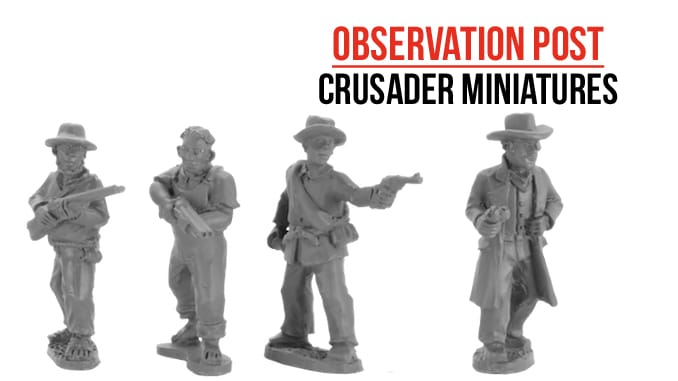 One of the upcoming releases from Crusader Miniatures is two packs of Bushwackers for their American Civil War range. These are the low down, sneaky varmints or heroic guerilla fighters who fight behind the enemy lines or undertake raids. Some are in uniform, whilst others wear civilian clothes.

They are designed to be used as either side in the war and are armed with a variety of weapons. They would be perfect for the Kansas-Missouri Border Wars, as gangs of deserters or as Confederates who have refused to surrender.

Mark Sims of Crusader is a top sculptor and able to add some real character to his figures. These are no exception and we hope to see more in the ACW from Crusader soon.