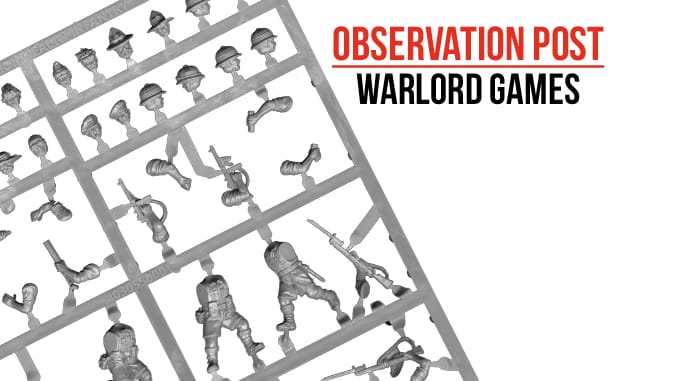 Warlord Games have added to their Bolt Action range with these Commonwealth themed plastic infantry.

These new frames are adapted from the British 8th Army plastics which have already been released for the Western Desert theatre. The main change is in the optional heads which have been added.

Each of the six frames in the boxed set contains a mix of heads. On the far left are six heads in slouch hats, which can be used for Australian troops. The next ten heads are more ‘generic’ in terms of nationality but are suitable for Long Range Desert Group of Special Air Service raiders, in cap comforters, Arab headdress, berets and desert goggles. The next two heads on the top row are wearing the so-called ‘Lemon Squeezer’ hats that were a feature of the New Zealand forces. Finally, the six heads split between the top and bottom row wear the ‘polo helmet’ style sun helmets issued to South African troops.

This is an excellent idea from Warlord Games and enables the creation of forces for a whole new aspect of the fighting in North Africa during the early war period. These frames options and the Indian Army heads offered on the original 8th Army release means that the contribution of the Empire and Commonwealth forces in the Western Desert and some of the other battles in Africa can finally be represented on the tabletop.