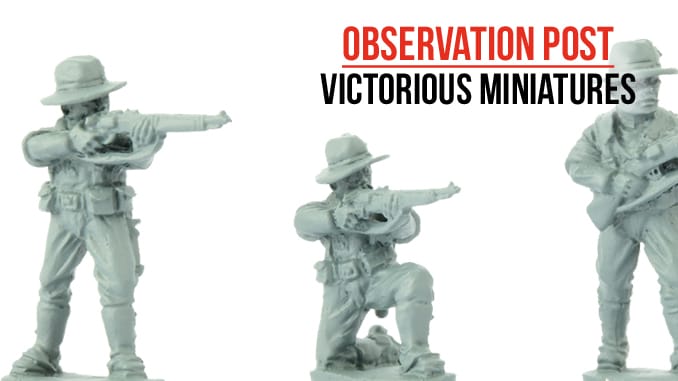 Victorious Miniatures are a small Nottingham, England based figure manufacturer with a catalogue of 28mm figures for the 1790’s Napoleonic period and the Boxer Rebellion.

This new Victorious pack of US Marines adds to their Boxer Rebellion ‘Allied Troops’ range, which also includes the British. These nice clean sculpts are of medium build and stand 32mm high from base to top of hat. The Marines come four to a pack for £4.00, with the separate Officer (not pictured) being £2.00.

The figures are reminiscent of the US troops seen in the famous 55 Days in Peking movie and will also work for other American conflicts of the period, like the Spanish-American War and Philippine-American Wars.