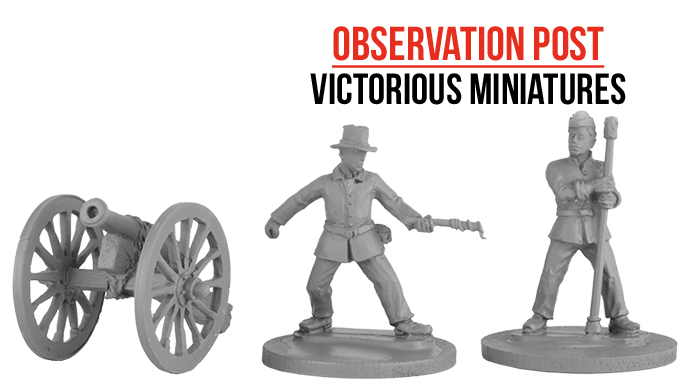 Victorious Miniatures have added two new pieces of artillery to their growing range of ‘Allied’ nations. These are examples of the weapons used during the 55-day siege of the Foreign Legations Quarter in Peking.

The first artillery piece is actually a Colt machine gun, mounted on a wheeled carriage that doubles as a handcart when the weapon needs to be moved. Also included is a two-man crew, in this case dressed in the combat uniform of the United States Marine Corps, complete with slough hats. A number of these were available to the besieged Legation forces, and were also a feature of the relief forces.

The next artillery piece model is based upon ‘Betsy’, the nickname given to the so-called International Gun. The International Gun was created using possibly a British smooth barrel, timber from one of the buildings, spare wheels from an Italian cannon and the shells from a Russian gun that had been left behind in Tientsin. It was used to good effect during the siege. It comes with a three-man crew, 2 Royal Marines and a US Marine.

These are well-sculpted artillery piece and crew figures. They are available as both complete sets or individually, which offers plenty of options to the gamer. In the case of the Colt machine gun, it saw service in other conflicts with US and other forces, and is pretty much the most accurate rendition available in 28mm. A nice set of miniatures, sculpted by Mark Sims and available now.