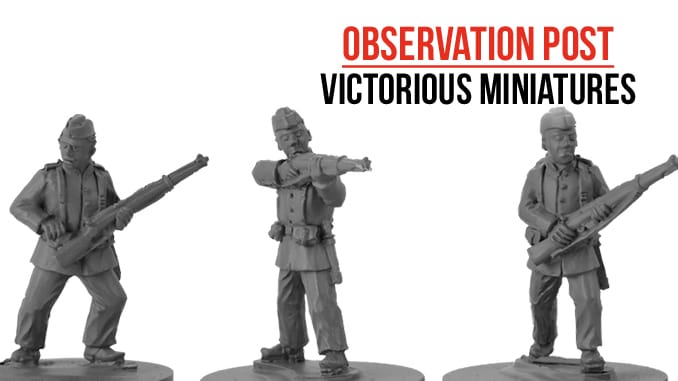 The attack on the European Legation Quarter during the Boxer Rebellion of 1899 – 1901 saw a fairly ragtag but professional force of European troops and legation staff forced to resist a siege for 55 days.

The first pack we have contains 4 metal miniatures designed to represent British Royal Marines in their famous blue uniforms and wearing sidecaps. Every Marine carries a Lee-Metford bolt action rifle, and is posed either firing, loading or advancing.

The second pack moves away from the military and adds some fairly generic female civilians. We have an older woman sweeping the streets in her conical hat, and a younger woman walking hand in hand with a child.

Like many of the Victorious Miniatures sculpts, Mark Sims has added some sense of character. The Royal Marines could see service across the Empire from around 1889 onwards, and the Chinese civilians could be from almost any era in the history of that great, but troubled, country.