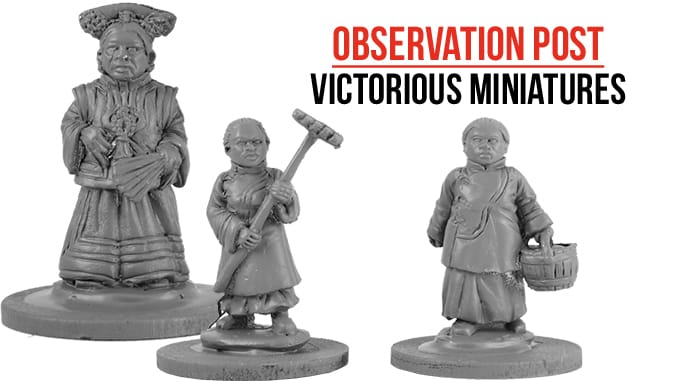 Victorious Miniatures have added yet more characterful miniatures to their 28mm Boxer Rebellion range. This time, we have Chinese figures, ranging from the highest level in the land down to the more earthy peasants.

The figures received for review come in two figure packs. We have the head of the Imperial Household, the Dowager Empress herself and a bodyguard, a Prince and a General from the Imperial Court and a pair of Female Peasants, probably hoping for quiet life amidst the turmoil of the Boxer Rebellion.

These are well sculpted figures, with the quite static poses balanced by some real attention to detail on the clothing to create the most authentic looking versions.  The faces ooze character and are very nicely done, superior to those from many other manufacturers. This is still a small but growing range which deserves a closer look from those seeking the ‘one offs’ to enhance their army or seeking to get into the rich Boxer Rebellion period.