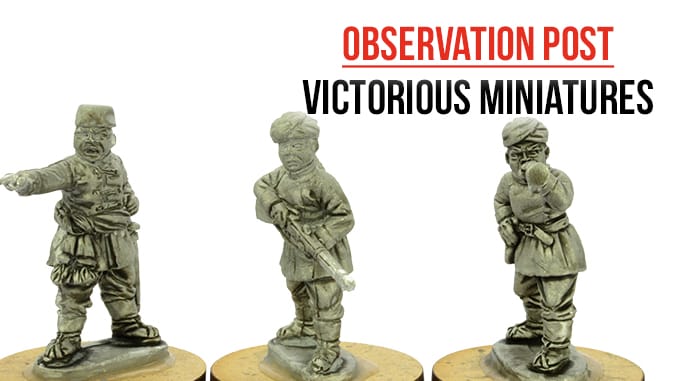 Victorious Miniatures continue to add to their ever-increasing Boxer Rebellion range, this time with some Regular Chinese Infantry.

The Imperial Army ‘unofficially’ supported the Boxers, at first behind the scenes but then with troops and artillery.

The sample figures have been taken from each of the two new packs of four Riflemen. In one pack, the figures have waist bandoliers, whilst the other contains figures with waist pouches. This makes them suitable for the earlier or later periods of the Rebellion.

All of these figures are well sculpted with some suitable detail. The officer figure is a personal favourite, with a nicely rendered uniform and sash.

In amongst all the more ‘venerable’ ranges of 28mm miniatures for this period, its good to see a more modern range which makes use of changes in sculpting techniques.