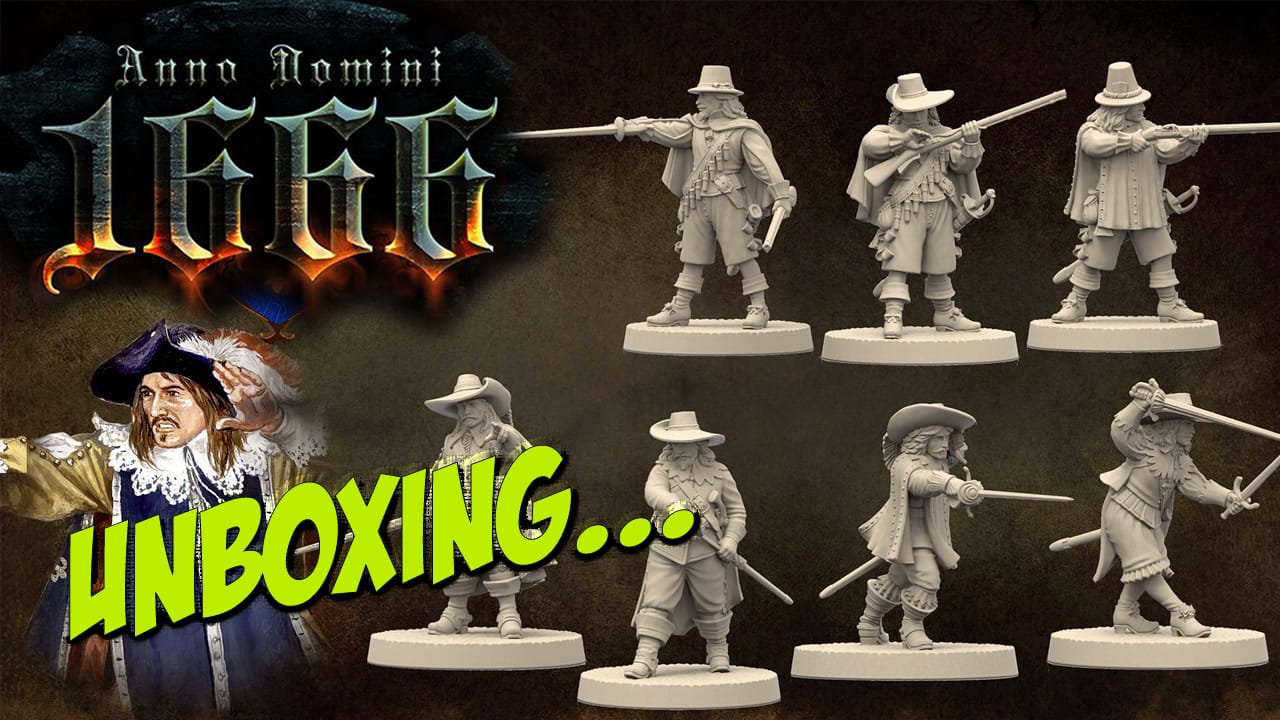 Anno Domini 1666, the upcoming game from Wargamer Games Studios of Poland, is set in an alternate universe where the historical blends with the fantastical, along with a hefty dose of literary characters such as The Three Musketeers by Alexandre Dumas and the Polish heroes of The Trilogy , a series of three novels written by the Polish author Henryk Sienkiewicz.

In this version of history, the Holy German Emperor Leopald I has died and elections to choose his successor must be held. Consequently, a new German emperor needs to be elected. These elections are to be held in the neutral city of Vienna. In order to ensure that each of the European nations sees their chosen candidate on the throne, they send a coterie of characters, from diplomatic envoys to hardened warriors. Away from the dickering discussions of the diplomatic, spies and swordsmen band together and skirmish with one another amidst the avenues and alleyways of Vienna to secure various objectives. Add into the mix an evil sect, the Order of the Broken Cross, whom seeks to use the year 1666 to summon dark forces, and you’ve got magic and magical creatures to boot. Of course, in order to play the game, you need characterful miniatures, and that’s what we will be looking at this time around.

Any game that uses Alexandre Dumas’ Three Musketeers as inspiration needs miniatures for the main characters. To that end, we have Portos, Aramis and Atos, the original three, plus the brave D’Artagnan.

All four figures are multi-part castings but are simple to assemble. They are sculpted in characterful poses and have a sense of action, whether dueling or drawing their swords. The quality of sculpting and casting is very high, and captures the essence of each literary hero. These are not copies of the characters as portrayed on film or television but more akin to the original novel.

The next two characters, Podbipieta and Wolodyjowski, are also based upon literary heroes, in this case lifted from The Trilogy, a series of novels popular in Poland. These are also very characterful miniatures, with one armed with a huge double handed sword and the clad in fur hat and cloak with a sabre.

These are also multi-part castings and are in active poses, reflecting the aim of the gameplay. The quality of sculpting and casting is consistent with the other miniatures, and reflects the desire to bring the characters from page to tabletop.

These are just a few of the characters that may be fielded using the game system. These are metal castings but they will be available in plastic in the core boxed set which is being produced using Kickstarter. In addition to many named, literary and historically based characters, there will be generic faction packs of Musketeers, Vienna Locals, City Guard and more. Hopefully, we’ll be able to bring you more on the gameplay in the future, but for now, we’re looking forward to seeing more miniatures in a similar vein.