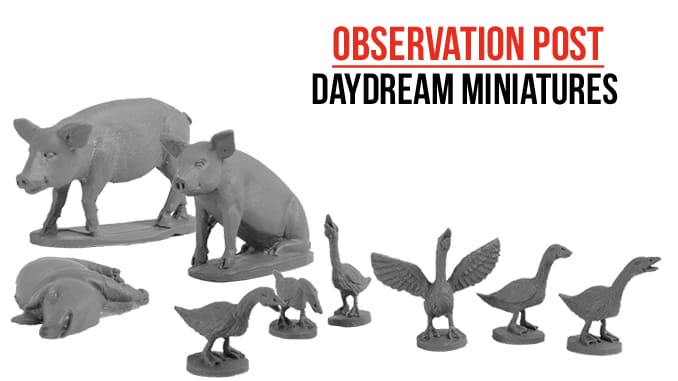 Daydream Miniatures produce a whole host of different miniatures for a number of historical periods. However, they also produce a range of excellent animal figures that can be used across a number of genres.

At the present time, there are 22 separate packs of animals, divided into African, Fantasy, Forest and Pets. The packs consist of either 1 or more animals, such as ostriches, geese, pigs, oxen and more.

Each of the figures is very well sculpted, with some nice attention to detail. The Fantasy Giant Rats are the stuff of nightmares but the Geese are probably just as dangerous, even though they are in the Pets section!

There aren’t many ranges of animal figures in 28mm scale and it’s always good to have access to such a variety. The company also has ranges of 1/72nd Ancients and American Civil War miniatures, and some 28mm Fantasy and movie related Action Miniatures that may be of use in skirmish gaming or similar.