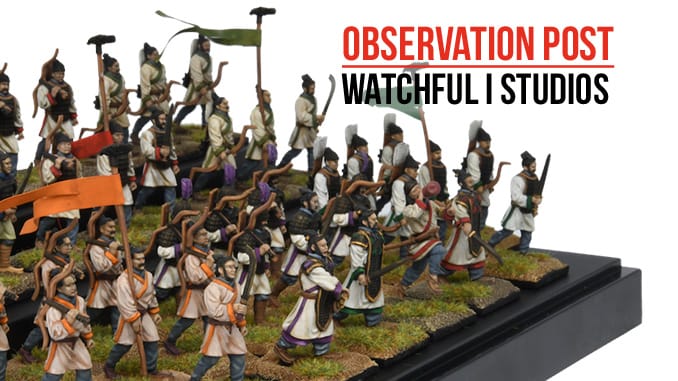 Watchful I Studios and Ainsty Castings have formed a partnership, with the latter acting as the European manufacturer and distributor for the US-based company.

Shown here are a number of painted examples from the Ancient Chinese range, a trademark part of what Watchful I produces, with more planned in the future.

Offering packs of between 5 and 10 figures with a variety of weapons, including various missile weapons, spear and sword armed infantry and cavalry. This is one of the most comprehensive ranges of figures for the Warring States period on the market, now available in the UK and Europe at the Ainsty stand at shows or via their website.