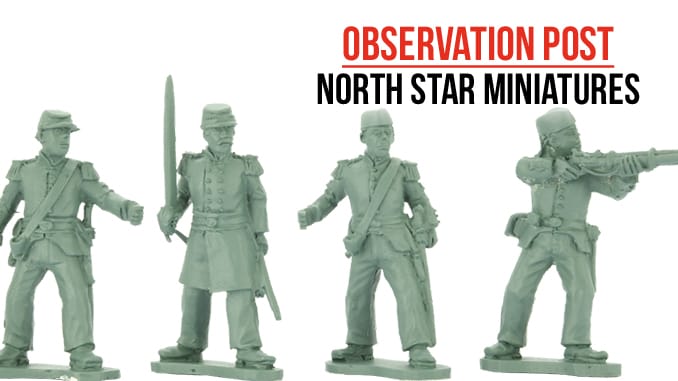 Crusader Miniatures are expanding American Civil War range. One of the most recent releases are a packs representing the 79th New York Volunteer Infantry, the New York Highlanders.

The pack we have here contains five figures, a command pack consisting of two standard bearers, and officer in frockcoat with a sword, one figure priming his musket and the other firing.

The frock coated officer and one of the standard bearers wear a kepi. The other figures wear distinctive Glengarry caps, and the Scottish-style ‘trews’. These are early war troops, so they wear the pre-war doublet cut jacket, which would later be replaced with the more ‘standard’ Union jacket.

These are detailed figures which really conjure up the early war look of this volunteer regiment. More packs are planned, and the ACW range is due to see continued expansion over the next few months.