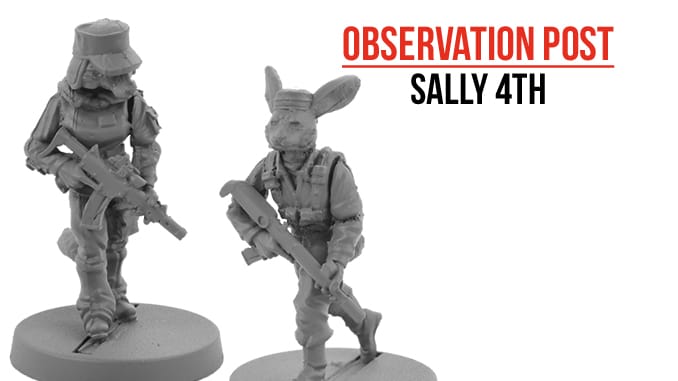 Sally 4th continue to support their Albedo Combat Patrol Miniatures Game, ACP164, based upon the comic book from the 1980’s. Two of the most recent miniature releases are for the two different factions, a ConFed Home Guard Air Mobile Squad and the ILR Blue Wind Special Forces Team.

The ConFed Home Guard Air Mobile Squad consists of 8 multipart miniatures which come with optional heads. The Albedo universe has anthropomorphic animals rather than humans as the main protagonists. The ConFed has a mix of the different species, so the heads reflect this, with canine and feline options. Apart from that, the figures wear a standard uniform and carry weaponry that is not unfamiliar in concept, with assault carbines, support weapons and an RPG all being options. The figure set comes with a data card for the game, with all the relevant options. 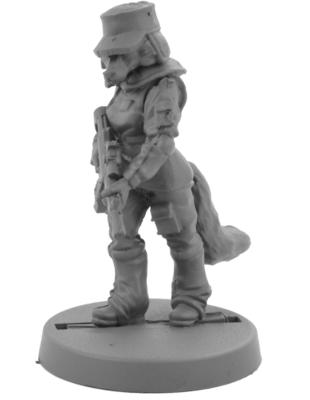 The ILR Blue Wind SF Team represents the main antagonists in the universe, the nationalistic race of rabbit-based people who practice a form of speciesism against others. Consequently, these 12 multi-part figures all have heads based upon rabbit origins, and are pretty much very well-armed ‘killer bunnies’. These aren’t cute bunnies though, these are hard fighting special forces, wearing practical uniforms and carrying cutting-edge weaponry.

These are well sculpted miniatures, although they are closer to 35mm than 28mm. They have sense of character and look the part as sci-fi troopers. The Albedo Miniatures range is worth checking out, and the multi-part nature of the miniatures allows gamers to create the figures and squad set-ups they really want. 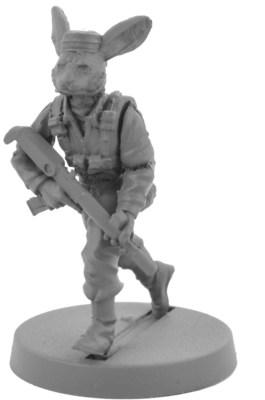