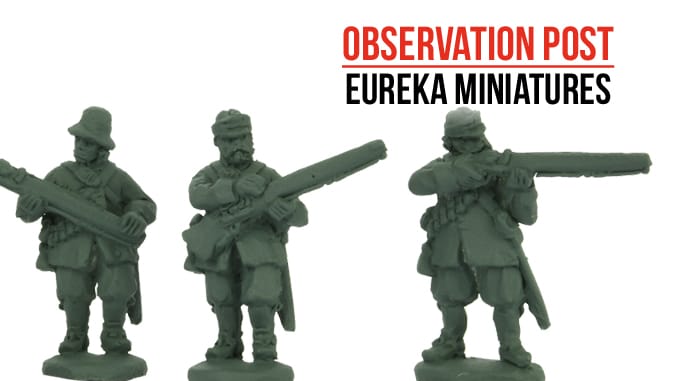 The new Eureka Miniatures UK have begun to receive stock of the new ECW range from ‘HQ’ in Australia. These 18mm figures represent either English or Scots troops, and have been created using head swaps.

The figures in this range show the versatility of using ‘dollies’, the same basic figure with pose, weapon or simple head swaps, to produce a whole number of castings. In this way, the range can expand rapidly and more than one faction can be produced.

The figures have been sculpted with attention to historical detail, and some well-crafted facial features. Although intended for use in English Civil War gaming, many of the figures could be fielded in other arenas such as the Thirty Years War or perhaps in battles between Scottish clans.

Now that Eureka Miniatures has a new agent, it will be interesting to see what new figures will be arriving in the UK.