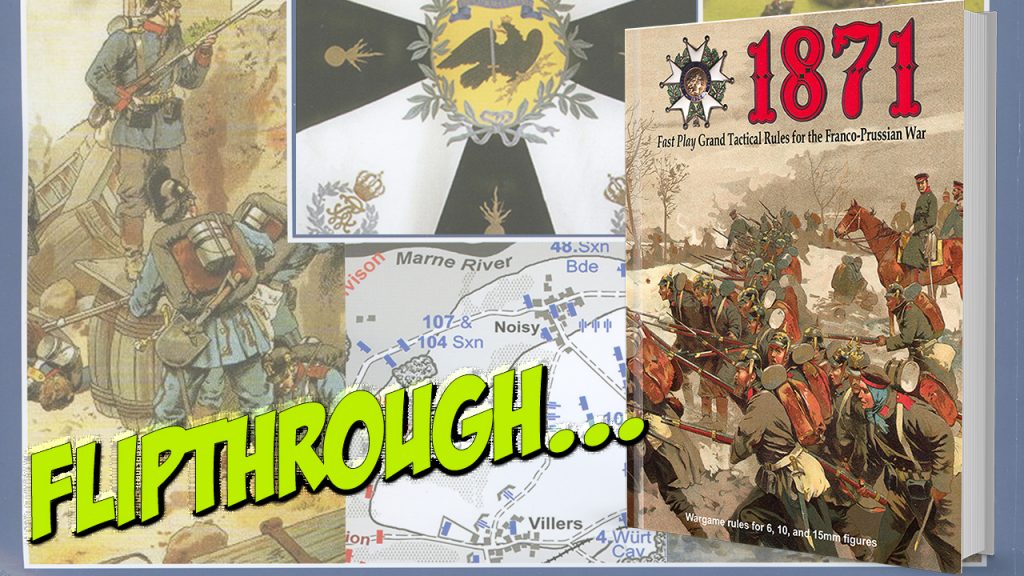 This new rulebook from Bruce Weigle takes his popular 1870 rules and re-configures them for use during the 1871 period of the Franco-Prussian War. They are designed as fast play grand tactical rules for use with 6, 10 and 15mm miniatures.

The rules begin by outlining basic information such as basing, die rolls and scale. The mechanics are shown using some clearly defined examples and are well explained.

Each phase of the game is outlined, again with copious written and pictorial examples. These not only make the rules easier to understand but also provide players with a reference point during the course of a game.

Options are given to scale your games at more than one level. There are also timelines and battle details for a number of battles, allowing you to pick a moment or a whole encounter to game.

There are 12 historical scenarios outlined, complete with full force organisations and detailed maps.

Each scenario sums up the main points of the battle, plus provides plenty of game information to get you started.

A nice touch are the full Tables of Organisation included for the various French and Imperial German forces and the photos of the excellent gaming boards that are the trademark of any Weigle game. .

Though not exactly ‘cutting-edge design wise this set of rules is a good example of how to create a ‘gamer friendly’ resource. The examples and diagrams make the rulebook easy to access and suggests that the game mechanics can be rapidly assimilated. After a few games, it could probably be played simply using the provided quick reference sheet, with only occasional reference to the book.

An interesting set of rules which expands upon the ‘Weigle Way’ that so many gamers enjoy.