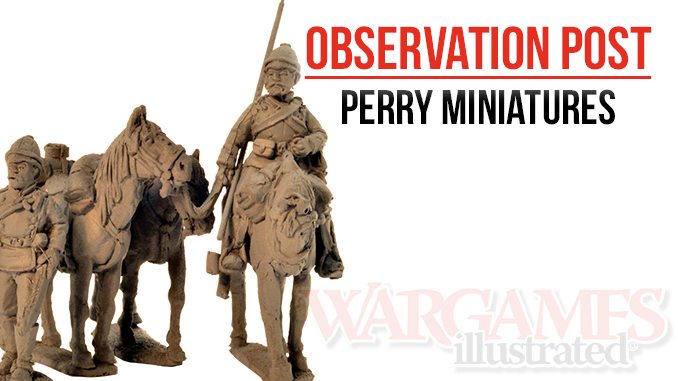 Released later this year, these miniatures represent the 17th Lancers armed and accoutered as they would have been during service in the Anglo-Zulu War of 1879.

The 17th Lancers were sent to Natal Colony and fought at the Battle of Ulundi. Placed at the centre of a large British square, the regiment was sent out to attack the besieging Zulu army when the latter appeared to be wavering. Their charge proved decisive, having routed the Zulu warriors and causing heavy losses.

There are four packs planned for initial release, Lancers at the Charge, Lancers Advancing, Dismounted Lancers Firing and a Horse holder set.

The final version of the lance poles included in the packs will be modelled on the bamboo poles used by the 17th during the Zulu War, and not those pictured here.

Also, as a bonus, we have a sneak peek at the greens for an artillery piece and gun crew, also for the Anglo-Zulu War period.