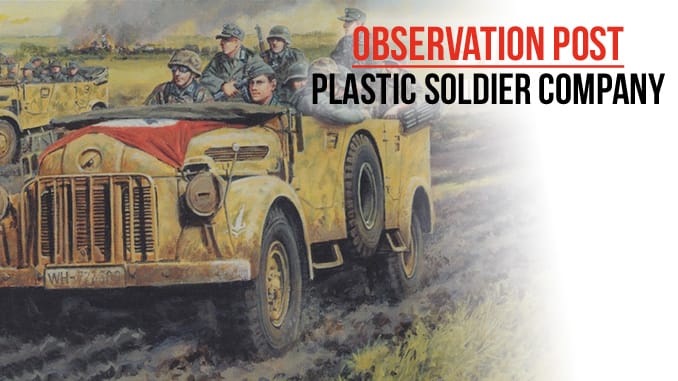 Plastic Soldier Company has expanded the range of options for 15mm or 1/100th World War Two once again. This time, its for the Germans and their European allies, with the Steyr Heavy Car.

The 1.5 tonne Steyr Heavy Car was a field transport vehicle used by the Germans and their allies. Based upon an Austrian design, it enabled a small force of troops to keep up with the rapid advance of the Panzer arm. It also served as a tow vehicle for anti-tank guns and a command vehicle.

The  box contains enough frames to create 5 of these vehicles, with the parts to build early or late war variants. You can also depict the vehicles with the canvass hood up or down, and the frames contain a suitable crew for the latter choice.

These are nicely done injection molded kits, produced in the UK. The instructions are easy to follow and the kit has the type of options which PSC are known for. Another great addition to the range.