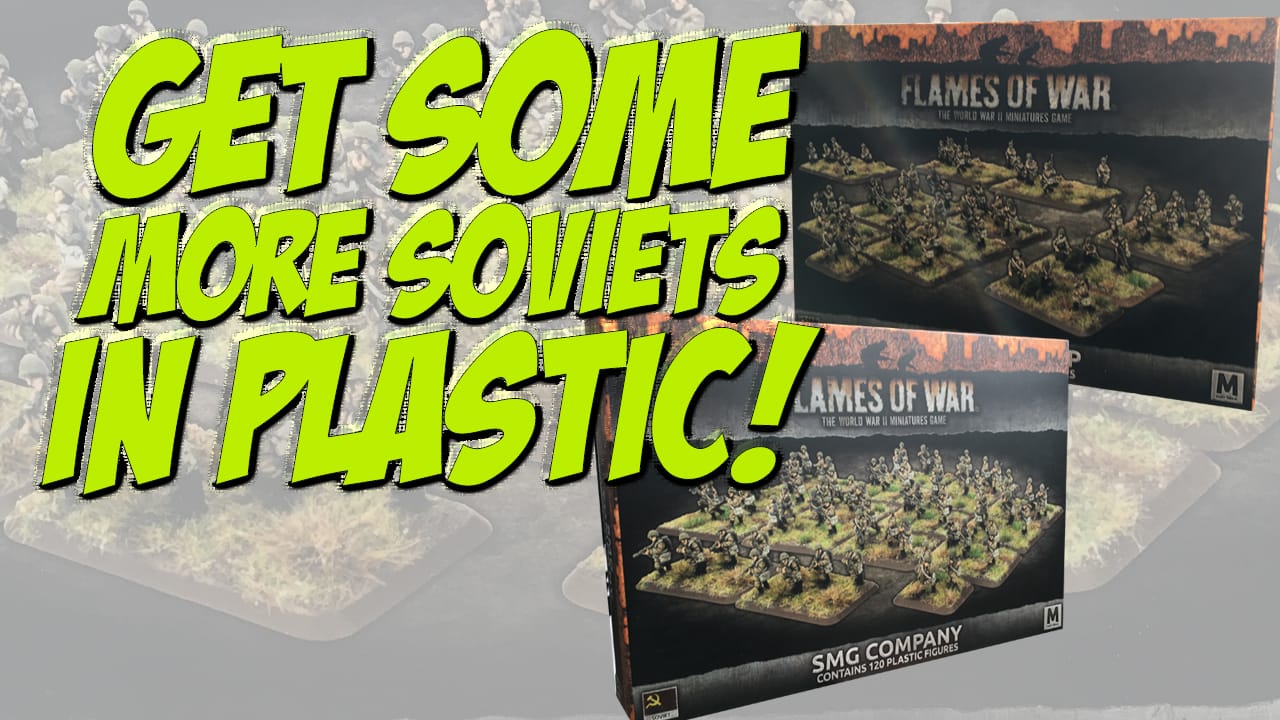 Battlefront have released more plastic figures for their Flames of War range. Based upon their recent releases for the Stalingrad period on the Eastern Front of World War Two, we have a Storm Group and SMG Company.

The Storm Group contains 68 plastic figures, moulded in a vinyl style plastic on 8 different sprues.. Also included in the box are relevant bases and unit datacards to put together various teams based around SMG, PTRD, 50mm mortars, flamethrowers, HMG and Unit Leader and Komissar. In all, that’s an entire unit in one box, which packs a punch that can engage a variety of different targets and take and hold ground.

The SMG Company contains 120 figures in the same plastic, with 12 sprues in total. This is a more specific set of teams, with a preponderance of sub machine guns and a couple of flamethrower teams, plus 2 Unit Leader and a Komissar team. Using the unit cards, its plain to see that this is a largely anti-personnel unit, designed to offer extra shots from the SMGs and stall an enemy infantry attack, or push through lightly armed troops.

These two boxes work well as separate units on the tabletop, or would complement each other during games, the Storm Group providing some punch and the SMG Company pushing through alongside them. Another good product from this company, providing some useful options for those embroiled in Mid-War gaming.