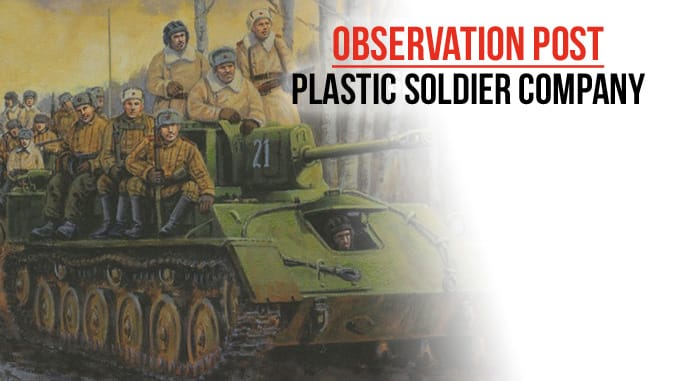 Plastic Soldier Company have added yet another plastic kit to their World War Two range. The latest kit is a version of the Soviet SU-76, with the option to create early and late war versions.

The boxed set consists of enough parts to create 5 self-propelled gun models. Each sprue contains the option to build the early or late war versions of the vehicle. This is achieved largely by the use of slightly different shapes of front and side armour for the 76mm gun.

The sprues also include crew figures for the gun and one piece track assemblies. These are quick build kits, with very few parts, enabling gamers to get the kits onto the table as soon as possible.

The SU-76 had a high level of production, which saw it in service right up until 1945, then forming the basis of the ZSU anti-aircraft tank in the post war period. It was also sold in limited amounts to other nations. This is a useful kit that would compliment any Soviet force, whether armour or infantry.