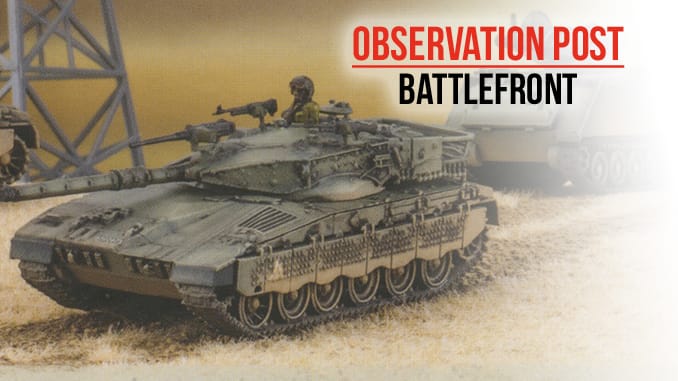 Battlefront has chosen to expand the Team Yankee alternate history World War III ‘universe’ to include the Middle East theater. Consequently, they will be releasing a number of new kits or figures, including Merkava tanks.

The Merkava is a MBT or Main Battle Tank used by the Israeli Defence Force. The tank began development in 1970, and entered official service in 1979. Four main variants of the tank have been deployed, in response to actual battlefield experience. It was first used extensively during the Lebanon War of 1982, which resulted in the creation of a more ‘urban defence’ Mark II. The name “Merkava” was derived from the IDF’s initial development program name.

The plastic kit comes with options to create the Mark I and Mark II versions of the tank. It is up to Battlefront’s usual high standards of production, and has applications for a host of wars and conflicts in the ‘real’ world.

The kit also comes with data cards and game information for the Team Yankee game, and is designed to support the release of the Oil War supplement for the game.