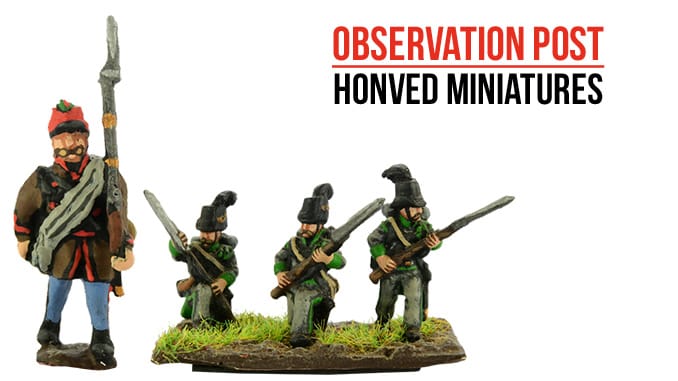 Honved Miniatures, part of the Hagen Miniatures company of Germany, has figures for the Hungarian War of Independence 1848 – 9. These are 15mm sized miniatures for a 19th Century war that was a major part of creating Europe.

The first pack contains a set of Austrian Jaeger 1848 (Code: HM-1507), 18 figures in 6 poses with resin bases. The set includes command figures and allows for the creation of a unit that could count as a regiment in most rulesets.

The Honved range also includes figures for the First Italian War of Independence. The level of sculpting on the figures and the attention to detail is of a high standard. The fact that each pack comes with a number of poses, plus bases, is helpful when creating an army. Given that there are also cavalry and artillery sets in the range, this is a range which covers a period that deserves more attention.