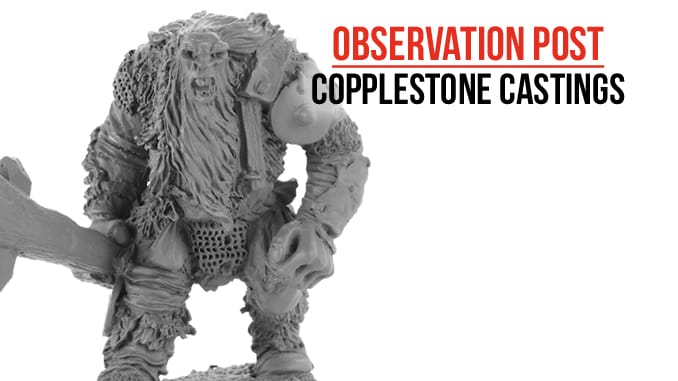 Copplestone Castings have an expanding range of 15mm fantasy figures as part of their Barbarica range. Available from North Star Military Hobbies, they have a selection of ‘in scale’ giants, from which this Frost Giant is taken.

This figure has a wealth of sculpted detail which is etched into it. In particular, it is the attention lavished on the equipment, clothing folds, facial expression and overall  pose which really serves to set it apart from other 15mm fantasy figures.

Although intended for the 15mm market, this figure could easily pass muster as a suitable creature or character in games using 28mm figures. Having said that, the whole Barbarica range offers a level of sculpting which sets standards others can only seek to emulate. A great figure, from a master sculptor.