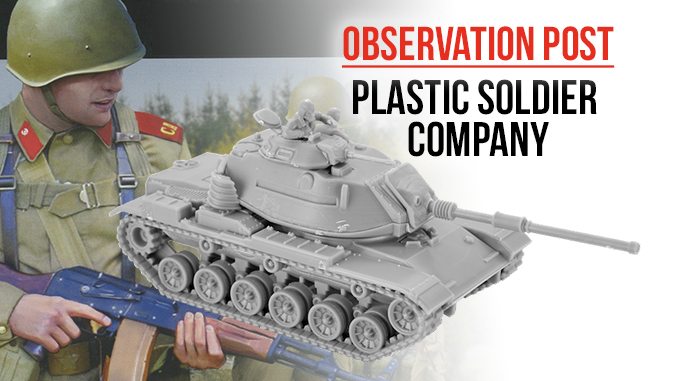 Plastic Soldier Company continue to add to their range of 15mm Cold War era plastics with more model kits, so far covering AFVs used by a number of different nations and plastic infantry for those backed by one.

The beauty of the Plastic Soldier Company’s approach to providing products is the decision to put as much as they can in each box, then to sell it at a price that keeps you coming back for more. This is most evident at the 1:100 or 15mm scale represented by these four different items sent for review, all representing weapons and men ready for combat in the 1980’s and beyond, or possibly an alternate history where the Cold War became a much warmer conflict.

The M60A3 Main Battle Tank box contains five sprues, enabling you to create five tanks. There are no real options on the sprue to create variants but there are two tank commanders on each one, offering the chance to depict a command vehicle or similar. Used by the USA and other members of NATO, plus Israel and others in wars beyond the European theatre, this is a flexible tank to field. 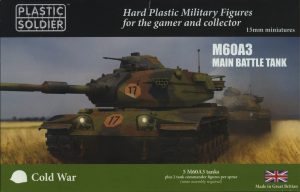 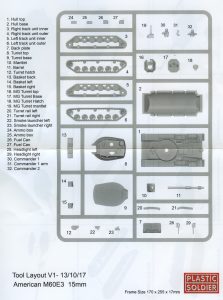 The next box of kits allows you much more flexibility, allowing you to build five T55 Soviet or Warsaw Pact tanks. Here, the sprues offer parts to build one of three different variants, the Soviet T55, T55A or the T55AM2, the latter being largely produced and used by such Warsaw Pact nations as East Germany, Poland and Czechoslovakia. The tank can also be found in many of the current or historical Middle Eastern or African conflicts, making it a really useful kit. 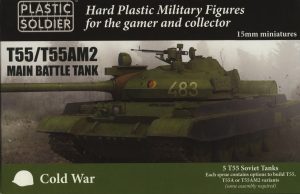 Returning to NATO forces, the Leopard 1 Main Battle Tank box also contains five of the same kit, this time with the option to build the A3 or A4 variant, plus the Canadian C1. This tank was used by many nations within the NATO alliance, and beyond, and still continues in service today with a number of nations. 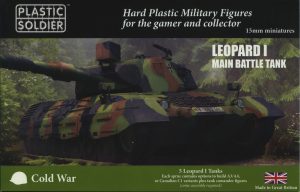 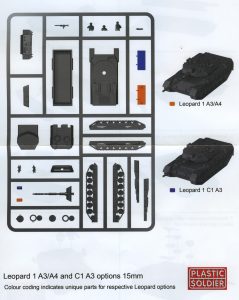 As a fan of the guys who take and hold the ground, the PBI, this last box is of most interest to me. The Cold War Soviet Infantry box contains a staggering 141 miniatures, all made out of a hard styrene plastic that means they are sturdy troops. In amongst that 141 are not only soldiers with AK47’s but also figures with RPGs, Snipers and Radio Operators. You also have support weapon options in the form of three SA-7 surface to air missile launcher teams, three anti-tank Spigot and Sagger launcher teams and three AGS-17 teams. Dressed as they are in the standard Soviet summer issue uniform, these figures could see service with other Warsaw Pact armies, or perhaps double as troops from a whole host of Soviet-backed militaries throughout the world. 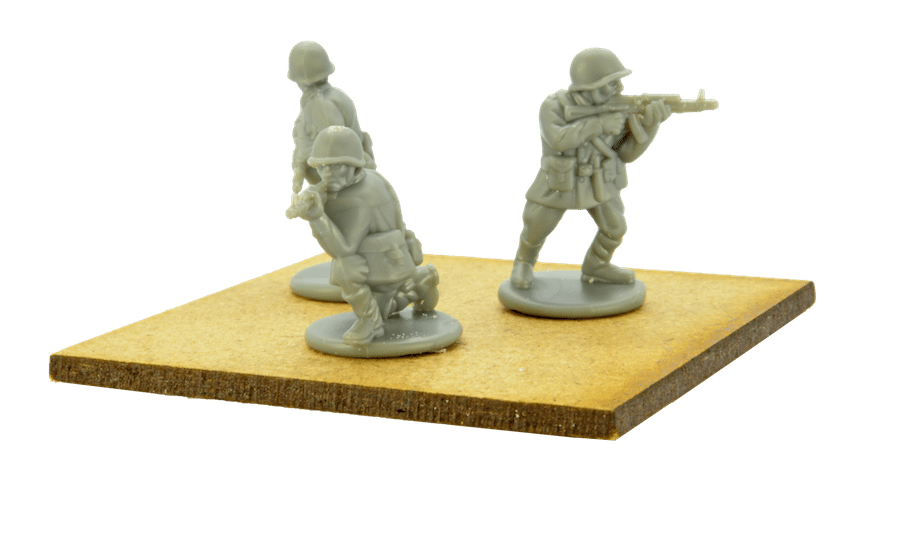 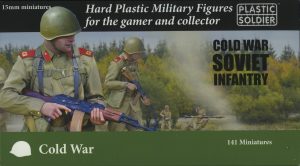 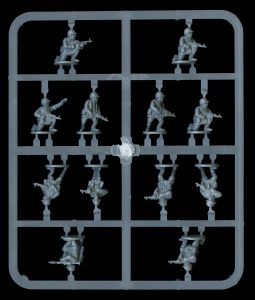 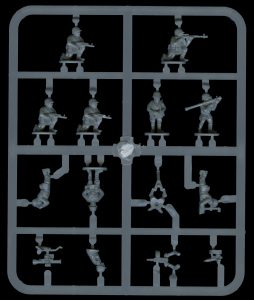 Although these are ‘no frills’ kits (no decals and a basic set of painting information on the box), they are all remarkably flexible. A simple bit of research and suitable colour choice means that they can all serve in a number of militaries. However, the announcement of the upcoming Battlegroup: NORTHAG 1980’s ‘Cold War Gone Hot’ rules system and the recent acquisition of the Armies Army range suggests that Plastic Soldier Company intend to release a whole host of new plastic, resin and metal kits for the ‘Modern’ era in 15mm in the future, aiming to bring more options for the tabletop gamer who likes exploring what was and what could have been.