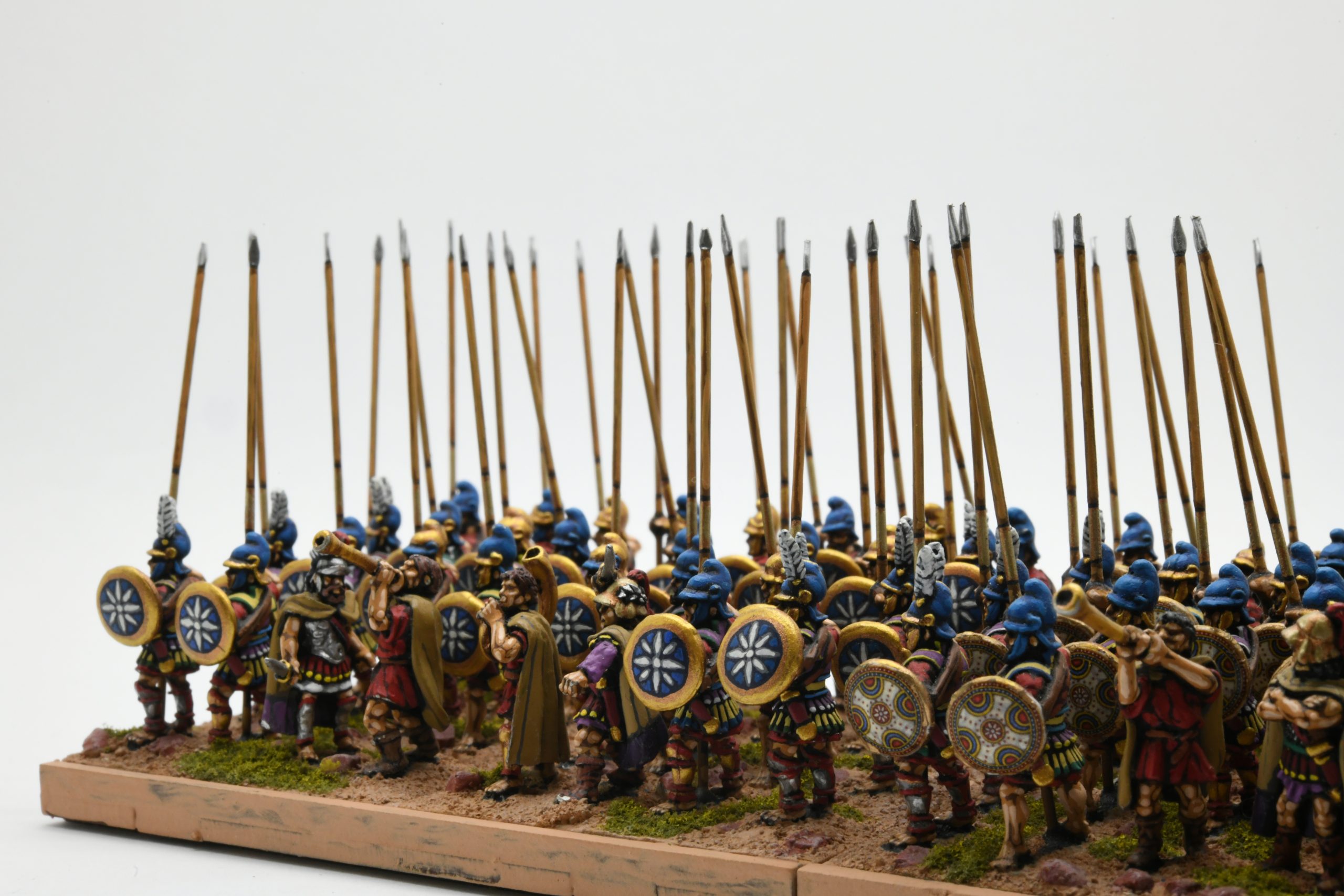 In the October issue of Wargames Illustrated (Wi394) you had the pleasure of ogling Bob Amey’s fine collection of converted 15mm ancient armies. As a bonus exclusive Prime members can ogle them some more with these extra photographs and spins.

Wargames Illustrated’ September issue (Wi393) also featured a masterclass on Bob’s conversion techniques. If the following gets you inspired, why not have a go yourself? We’ve included a PDF of that guide right here to make it easier for you to find the article.

This is one of Bob’s Persian generals, easily identifiable on the battlefield thanks to the eye-catching banner. It’s from Little Big Man Studios and is intended for 28mm but Bob had a hunch that the larger size would still work to differentiate his command. He was not wrong!

One of the more sizable Sassanid elephants from Tin Soldier with converted crew from Essex Miniatures. The spearman has been converted into a pikeman by removing the original weapon and adding a downward pointing lengthier wire pike.

The vibrant Burmese march to war with the support of elephants too. One of these has been converted to carry a small cannon.

Burmese elephants including one with a cannon

Part of the appeal of Ancients is vibrant visuals like this!

Mon Guard with spears ahead of the elephants

A labour of love here – each of the pikemen has had their lengthy pikes added as a conversion piece. No mean feat across 44 bases in the armies five pike blocks! The end result is undoubtedly worth the effort.

Each pike is a conversion added by Bob’s dedicated hand

Along with the Alexandrian Macedonians this is one of Bob’s favourite armies. The Persian Immortals are particularly striking with their vibrant shields.

Sparabara with spears and crescent shields

A powerful army in Field of Glory (Bob’s preferred rules) the Dailami are made up primarily of medium infantry impact foot and cavalry lancers with a smattering of light foot archers.

Bob’s used models from Xyston Miniatures here – a fan of their miniatures, he studied their ranges after he retired, picked out the Thracians and spearmen heavy, and used them in the construction this army.

Thracian warband in a movement tray